Tamil Nadu 12th Result Announced, Check At Tnresults.nic.in
New Delhi: Directorate of Government Examinations Tamil Nadu has announced the Class 12th result 2017. The board has thus brought an end to the long wait of candidates who have been waiting for the result since the completion of the examination. The result is available at the official web portal of the Board. Click here for where to check Tamil Nadu 12th result 2017. The intermediate result plays an important role in shaping the career of a student. This is where the student makes an important decision for the career ahead. The result will pave a way for the undergraduate admission for those students who wish to opt for so.

As per a PTI report, Tamil Nadu government has announced that it will be doing away with the practice of declaring the top three rank holders of Class ten and twelve board exams, to save students from "stress."

"CBSE is already following this, and why because other students who get even one mark less (than the rank holders) face severe stress. The practice of announcing the first three rank holders at the state and district level is being done away with, “said School Education Minister KA Sengottaiyan. 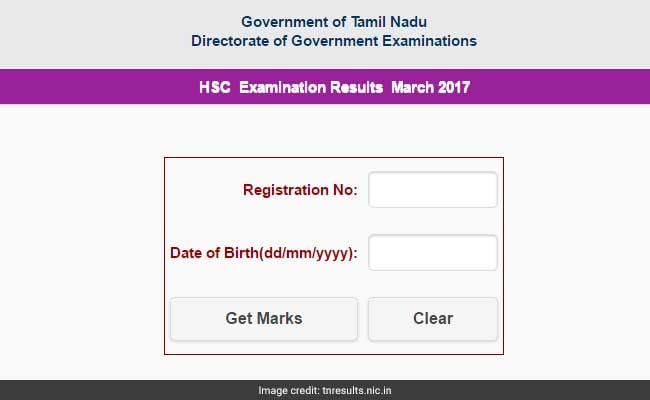 
The declaration of TN 12th result is definitely going to stir a moment of anxiety and excitement, even confusion among students. Therefore, students are suggested to cope with it and start preparing a 'what-to-do' plan for ahead. On the basis of the marks scored, students must go through the various options available.

Those who wish to choose the mainstream education pathway of completing graduation followed by postgraduation, can opt for admission to undergraduate course. Online registration for the same will begin immediately after the results are declared. Important details like the last date for submission of application, list of documents to be submitted during registration and norms of intake must be checked properly.

Exam results are often accompanied with a mixed response: contentment and dissatisfaction. Those who would want to opt for revaluation should wait for the official update.

PTI reported that the overall pass percentage stood at 92.1 per cent. A total of 8,93,262 students had appeared for the exams held in March this year. One transgender student also cleared the exams.

Continuing with the trend, more girls came out in flying colours than boys this year also, girls recorded a 94.5 pass percentage while that of the boys stood at 89.3 per cent.

A total of 8301 students scored centum in Commerce while 3656 students achieved the feat in Mathematics, reported PTI.

University of Allahabad To Begin Online Semester Exams From Tomorrow