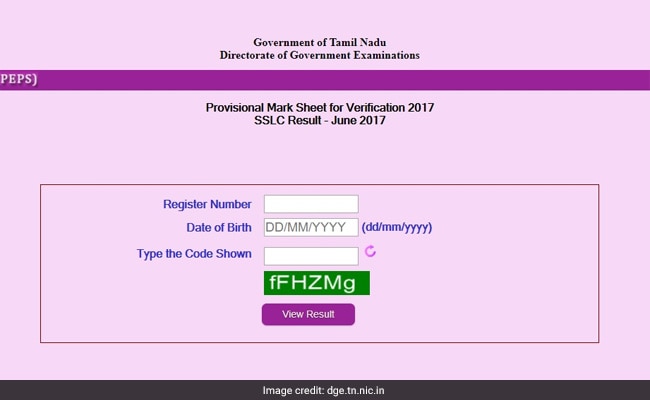 The students who are waiting for the results of Tamil Nadu SSLC supplementary results may follow these steps:
Step One: Go to the official website of TN DGE, http://www.dge.tn.nic.in/
Step Two: Click on the SSLC supplementary result 2017
Step Three: Enter SSLC June Registration and Date of birth details of the candidate
Step Four: Submit the details
Step Five: Get the result
Step Six: Save a copy of it

DGE Tamil Nadu declared the March 2017 regular SSLC results on May 19 on the official results website.

According to The Hindu daily, overall pass percentage of the March session results stood at  94.4%, which is 0.8% higher than 2016. The Hindu report also said this was the highest pass percentage recorded in the last five years. In March session of TN SSLC, nearly 9.82 lakh candidates appeared for the examinations; of this, 4.91 lakh were girls and 4.9 lakh boys.

(This story was first published on July 28, 2017 Friday, then updated several times)

Incentive Mechanism For Institutions To Reward IoEs That Are Doing Well: Education Minister At Review Meeting

India Ranks 6th Most Positive About Teachers In 35-Country Survey