Number Of Indian Students In US Continue To Rise: Embassy Official

According to the "Open Doors 2017-18" report published by the Institute of International Education, the number of Indians studying across the US increased by 5.4 per cent to 1,96,271. 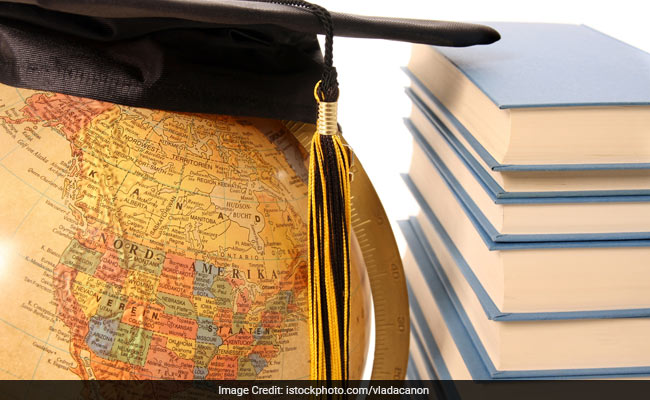 Indians constituted the second largest community of international students in US

The number of Indian students studying in the US increased by 5 per cent since last year, coming second only to the Chinese students, a US Embassy official said on Tuesday. The growth, however, declined from last year's 12 per cent, indicating, to an extent, the cost-sensitivity of Indian students in choosing the US as their higher education destination, with a weak rupee causing a steep rise in the cost of living there.

According to the "Open Doors 2017-18" report published by the Institute of International Education, the number of Indians studying across the US increased by 5.4 per cent to 1,96,271.

However during the same period, certain countries like Saudi Arabia, South Korea, Canada and Mexico registered a negative growth.

There was a drop of 15 per cent in the number of students from Saudi Arabia, 8 per cent from Mexico, and 7 and 4 per cent from South Korea and Canada, respectively.

On India, the Minister Counsellor for Consular Affairs Joseph Pomper said that this was the fifth consecutive year when the number of students going to the US for higher education from here registered a positive growth.

"Looking at the past 10 years of data, the number of Indians going to the US has doubled. The reasons are clear, Indian students are looking for a great education and the US continues to offer this," he told the media here.

No Decline In Number Of Indian Students Going To US: Officials

(Except for the headline, this story has not been edited by NDTV staff and is published from a syndicated feed.)
Comments
Study AboradStudy in US