Educational institutions and students should not also accept any prize or scholarship instituted by such firms, the Ministry stated. 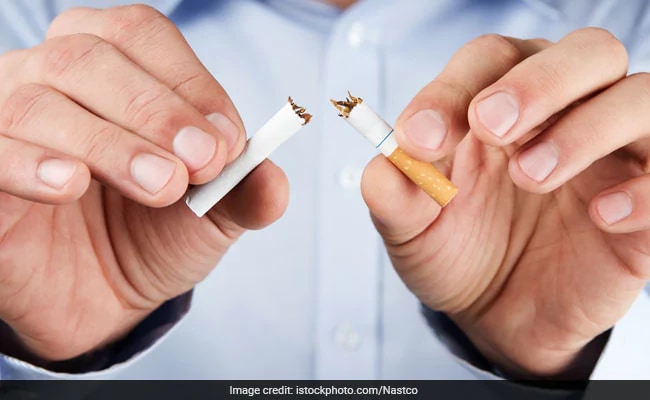 The Union Health Ministry has asked educational institutions, especially secondary schools, to designate "Tobacco Monitors" in campuses in a bid to boost implementation of tobacco control initiatives among students. Under the revised guidelines for ''Tobacco-free Educational Institutions'', the ministry will also award a ''TOFEI'' (Tobacco free educational institution) certificate to those institutes who are found to have equal or more than the bench-mark score after verifying implementation of norms.

The guidelines calls for educational institution managements to ensure that no tobacco product is sold inside premises and in an area within 100 yards from the premises and any violation in this regard is reported to the National Quitline at 1800-11-2356, it stated.

"The management should also, if possible, with the help of local law enforcement authorities and community, including parents, make efforts to stop such sales. It may be noted that the head of the institution is also authorised to collect fine for violation of section 6 (B) -- sale of tobacco products within 100 yards of an institution," the recommendations stated.

A TOFEI must not participate in any event sponsored by any firm or a subsidiary of a firm or a seller which promotes use of or manufactures or sells tobacco products in any form. Educational institutions and students should not also accept any prize or scholarship instituted by such firms, they stated.

"All educational institutions should designate tobacco monitors from among their staff or a student representative (from class IX onwards). The name, designation and phone numbers of tobacco monitors should also be mentioned on signages displayed at institution premises.

"Multiple tobacco monitors may be designated and in fact it might be a good idea to do so. For example, appointment of a tobacco monitor for each class from amongst students in the class. Participation of most important stakeholder, the students secondary school would be key to successful implementation of the initiative," the guidelines stated.

The ministry asked institutions to ensure tobacco users are not designated as tobacco monitors and stressed that management and tobacco monitors must also be vigilant to note tobacco substitutes such as e-cigarettes and devices like heat-not-burn devices, Vape, and flavoured hookah are not used.

"These products are usually marketed as being safer alternatives for conventional cigarettes but such notion of safety is false. There is evidence that these products induce adolescents and young adults to nicotine use leading to addiction. Any use of such products on the campus may be reported to the Quitline," the recommendations read.

The institution may use self-evaluation score card for tobacco-free educational institution given to assess the status of implementation of ToFEI guidelines in their institution to get a certificate to this effect and can participate in the ToFEI award scheme.

A ToFEI certificate will be awarded to a institute if its score is found to be equal or more than the benchmark score after verification.

The revised guidelines, which were released on the World No Tobacco Day on May 31, provide a series of activities that schools and educational institutes can undertake.

These include holding assemblies for taking pledge against tobacco, poster/slogan/quiz/debate competitions and street plays and giving certificates of appreciation or awards to students, teachers or other staff for taking initiatives against tobacco use among others.

Signages in the form of boards or wall paints should be displayed at prominent places outside and in premises where the management thinks that these would communicate the intended message effectively.

Tobacco products can't be sold within a radius of 100 yards of any educational institution.

In India, over 13 lakh people die from tobacco use every year.

Consumption of tobacco is responsible for 3.7 million cases of lung diseases and around 1.5 lakh cancer cases in the country.

(Except for the headline, this story has not been edited by NDTV staff and is published from a syndicated feed.)
Comments
Tobaccoanti-tobacco campaign