This is highest salary package for any Diploma Engineering student of the varsity since its inception. 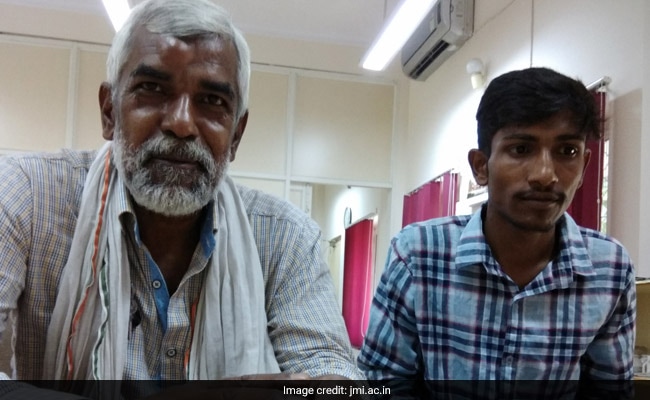 Mohammad Aamir Ali, a student of Diploma in Mechanical Engineering (2015-2018 Batch) of Jamia Millia Islamia (JMI), has been selected by Frisson Motor Werks, Charlotte, North Carolina, USA as Battery Management System Engineer on an annual salary package of $ 100,008.00 which is equivalent to Rs.70 Lakh per annum (approximately). This is highest salary package for any Diploma Engineering student of the varsity since its inception. Amir's father Shamshad Ali is working as an electrician in JMI.

Amir would be leaving for US by December this year.

Amir's story is a tale of consistent hard work and passion to do something new. He belongs to a very humble background.

"Amir used to ask such kind of questions related to functioning of electrical equipments and electricity that I could not answer despite being an electrician for so many years. I always advised him to do hard work and today I'm very happy for him," says Mr. Shamshad Ali.

Then he concentrated on his project on Pre Electric Car and got appreciation from various corners of the industry, said a statement from the Delhi-based Central University.

Prof. Zeeshan Hussain, Director of the CIE promoted the project at various levels and got it uploaded on university website.

Frisson Motor Werks, USA got to know about Amir's project through JMI's website and it approached the University, said the statement.

After one month of communication through Linkedin, Skype and rigorous telephonic interview of Amir, the company decided to hire Amir as Battery Management System Engineer.