How A Library Is Motivating Inmates In Dimapur District Jail For Education, Skill Development

With the library at the helm, the inmates at the Dimapur District Jail have begun to show interest in pursuing knowledge and skill development.

The library was opened in the Dimapur District Jail in June 2018
New Delhi:

In June when an NGO opened a library at the District Jail in Dimapur, it did not expect to see any immediate results in the lives of the inmates. However, within a span of two and a half months, the library has brought significant changes in the lives of the inmates. Spearheaded by the NGO's project-head in Dimapur, Alemla Longchar, a local who took it upon herself to conduct regular reading sessions for the inmates, the inmates have begun to request books they would like to read and have shown interest in skill-development and rehabilitation after their sentence is over.

The library was opened by Sarvahitey, a Delhi-based NGO, under its Project Paper Bridge and was  inaugurated in June by Limasunup Jamir, Commissioner of Police, Dimapur who at the time of the inauguration had hoped that the library would serve as a first step toward a second chance specially for the Under Trial Prisoners.

In the upcoming weeks, Alemla Longchar began conducting reading sessions for the inmates who gradually began to check out books form the library and take them to their cell, properly following the procedures of a library. 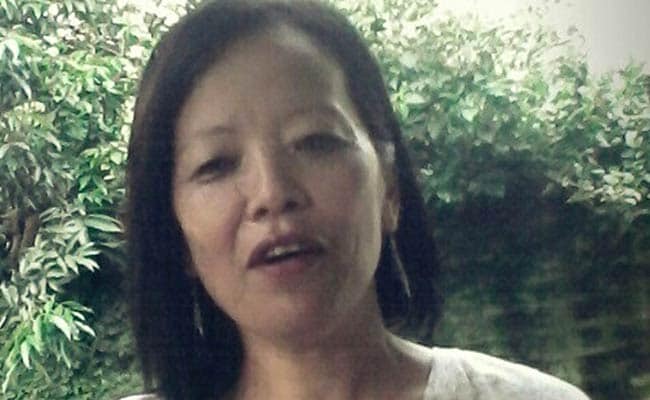 Ms. Alemla Longchar has been conducting reading session for the inmates every week

Most of the inmates have either passed class 10 or are school drop-outs with a couple of them having a bachelor's degree. Speaking to us over the phone, Ms. Alemla said that she visited the jail twice a week for one hour and interacted with the inmates.

These personal counselling session is mostly about the problems the inmates face and their plans.

Ms. Alemla has been not only counselling these inmates but also contacting their family members to convince them in visiting and eventually accepting them back in the family.

She also spoke about a basket-weaving workshop she has started at the prison to provide them with skills that may aid them in their rehabilitation in future.

She said that the library has certainly sparked an interest in the inmates for knowledge. She says that the priority, of course, is their rehabilitation and then each one of them can further pursue a career or education.

Government Does Not Have Any Plans To Suspend NEET, Other Common Entrance Exams, Lok Sabha Told