Sikkim Chief Minister Pawan Chamling laid the foundation stone of the state's first government engineering college at Chisopani and said the government has always emphasised the importance of education. 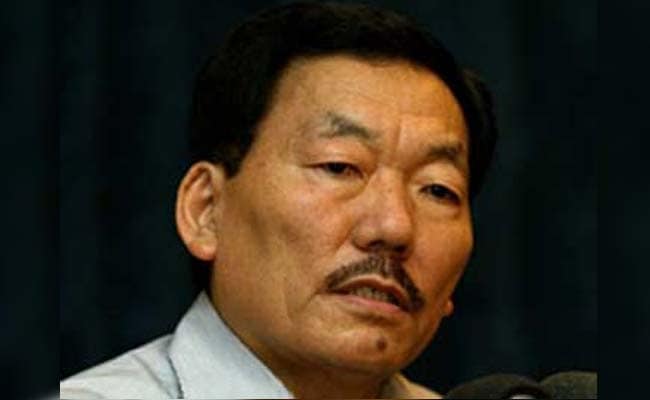 New Delhi: Sikkim Chief Minister Pawan Chamling laid the foundation stone of the state's first government engineering college at Chisopani and said the government has always emphasised the importance of education. The college - Sikkim Institute of Science and Technology (SIST) is being set up at CCCT, Chisopani, South Sikkim premises. Speaking at the programme yesterday, Chamling said the government was making efforts to bring about a paradigm shift in the primary level of education in the state and urged teachers and stakeholders of the education system to equip the students for the modern day competitive and demanding education system.

He said the introduction of a new educational institute in the area will provide various employment avenues for the youth and people of the surrounding areas. He announced the commencement of a vocational college at Dentam, an arts college at Mangshilla and a girls college at Khamdong.

Principal secretary to the HRD department G P Upadhyaya said SIST is being constructed at a cost of Rs 18.2 crore and will be affiliated to Sikkim State University and supported by Rashtriya Uchchatar Shiksha Abhiyan.

The institute will offer courses in civil engineering and computer science and will enroll 60 students each year.

(Except for the headline, this story has not been edited by NDTV staff and is published from a syndicated feed.)
Comments
Sikkim Chief Minister Pawan ChamlingEngineering College