CBSE 10th results 2019 results will be on the official websites, cbse.nic.in and cbseresults.nic.in.

CBSE 10th result: The Board Class 10 results will be released online on cbseresults.nic.in, cbse.nic.in
New Delhi:

CBSE 10th result 2019: Central Board of Secondary Education or CBSE has informed the students and parents that the CBSE 10th results are not being published today. The Board, which organises secondary and higher secondary school certificate exams, released a communique after several media houses reported that the results are going to be released today (i.e. on May 5, Sunday). Today morning, Rama Sharma, CBSE Public Relations official informed the media that the "Board will duly inform the date, time and arrangements to access results, through official communication". The rumour mills have started working regarding the CBSE Class 10 results release after the Board declared the Class 12 results on Thursday without any prior notice.

In an unexpected move on last Thursday (May 2, 2019), the Board announced Class 12 results without any prior announcement regarding the results declaration time or date. After this, the curiosity among the parents and students increased along with the online searches. On last Friday itself, search engine giant Google saw more than 2 million searches on CBSE 10th results in its online platform.

However, flaying all the rumours and fake news spread across the online space, the Board has finally come out with a statement saying the results are not coming on May 5, 2019.

"There is unconfirmed fake news being circulated on some social media platforms about CBSE class X results being announced today. It is to inform all principals, Students , parents and public that CBSE Class X results will not be declared TODAY. Board will duly inform the date, time and arrangements to access results, through official communication," the complete advisory from the Board said. 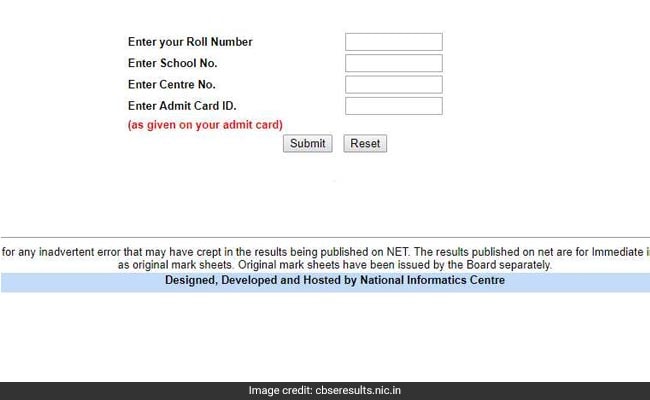 CBSE 10th results 2019: The results will be announced on a page similar like this

The Board will release Class 10 results on the official websites, cbse.nic.in and cbseresults.nic.in.

This year, two girls, Karishma Arora and Hansika Shukla, have scored 499 out of 500 and emerged as board toppers.

They follow the footsteps of Meghna Srivastava, 2018 topper, who also scored 499 marks.

CAT Result 2020 To Be Declared By 5 PM Today At Iimcat.ac.in