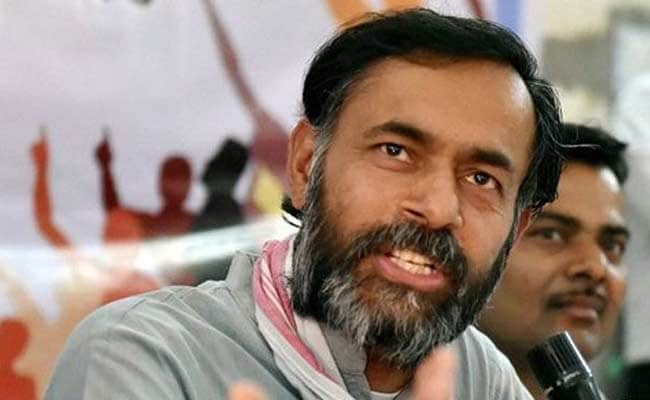 "The incident of hurling shoe at Arvind Kejriwal is highly condemnable. This is not the way to oppose anyone," the Swaraj Abhiyan leader tweeted.

Mr Yadav, once a close aide of Kejriwal, but later expelled for 'anti-party' activities, is one of the most vocal critics of the AAP and its national convener.

A shoe was hurled at Mr Kejriwal at a press conference here by a man who claimed to be from a breakaway group of the AAP, triggering angry reaction from AAP which sought to link BJP to the incident.