Delhi may witness a flood-like situation as 174,072 cusec water was released from Haryana's Hathnikund barrage on Monday. 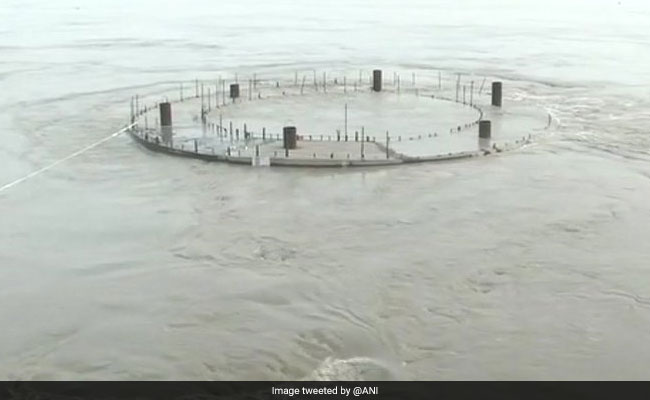 People living in the riverbeds will be relocated from Wednesday morning to buildings or tents. (File)

Almost two weeks after the water level in the Yamuna in Delhi receded, the river again started swelling up today and has breached the danger mark to touch 205.15 meters.

The water released from the barrage, which provides drinking water to Delhi, normally takes 72 hours to reach the city.

Himachal Pradesh has been receiving heavy rainfall the past few days due to which the Yamuna is in spate.

The river had crossed the danger mark of 204.83 meters on July 28 after parts of northern India, including Delhi, witnessed heavy rains.

In a review meeting held on Tuesday, the Delhi Chief Secretary has directed all the departments to take the same steps which were taken between July 28 and July 31 -- when the river flowed above the danger mark.

He directed the departments to deploy boats at vulnerable points.

People living in the riverbeds will be relocated from Wednesday morning to buildings or tents installed by the government in higher areas.

(Except for the headline, this story has not been edited by NDTV staff and is published from a syndicated feed.)
Comments
Yamuna Water LevelYamuna Water Level In Delhiyamuna water levels rising