In the CCTV footage, the woman, can be seen being slapped by her son on the face, after which she became unconscious and fell on the ground. 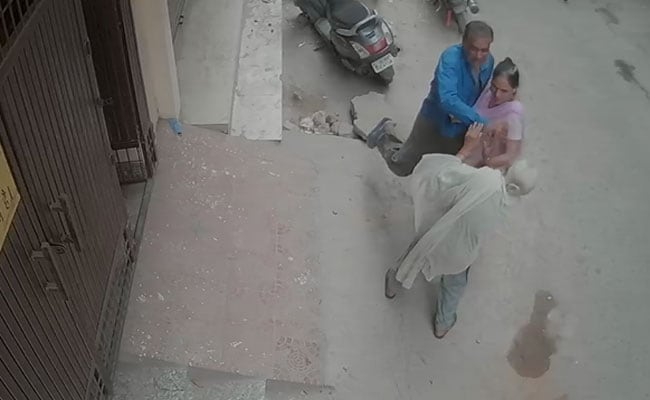 There was an argument between the woman and one of her neighbour over parking vehicles: Police

A 76-year-old woman died after she was slapped by her son following an argument between them in Dwarka, the police said on Tuesday.

In the CCTV footage of the incident that occurred on Monday afternoon, the woman, Avtar Kaur, can be seen being slapped by her son on the face, after which she became unconscious and fell on the ground.

After the video emerged, the police registered a case against her 45-year-old son under section 304 (punishment for culpable homicide not amounting to murder) of the Indian Penal Code (IPC) at the Bindapur police station and arrested him.

According to the police, before the incident, there was an argument between the woman and one of her neighbour over parking vehicles.

A PCR call was also made by the neighbour, but when the police reached the spot, the complainant told them that the issue was sorted out and she did not want to pursue the matter anymore.

Subsequently, Kaur's son confronted her about "picking up a fight" with the neighbours. During the ensuing argument between the two, the son slapped his mother on her face, a senior police officer said.

The CCTV footage showed that after the dispute over parking of vehicles was sorted, another argument broke out between the woman, her son Ranbir and his wife.

The woman was taken to a nearby hospital, where she was declared "brought dead" by the doctors, senior police official (Dwarka) Santosh Kumar Meena said.

A case has been registered and Ranbir, who is unemployed, has been arrested, the officer added.

The Delhi Commission for Women has sought a report from police in the matter.

The DCW sent a notice to the Bindapur police station incharge on Wednesday, asking for a copy of the FIR, action-taken report and steps taken by police to ensure the safety and security of the elderly citizens.

It asked police to submit the case-related details by next Tuesday.