The Ministry of Home Affairs Thursday granted sanction to the Central Bureau of Investigation or CBI for prosecution of Mr Jain in a disproportionate assets case, officials said. 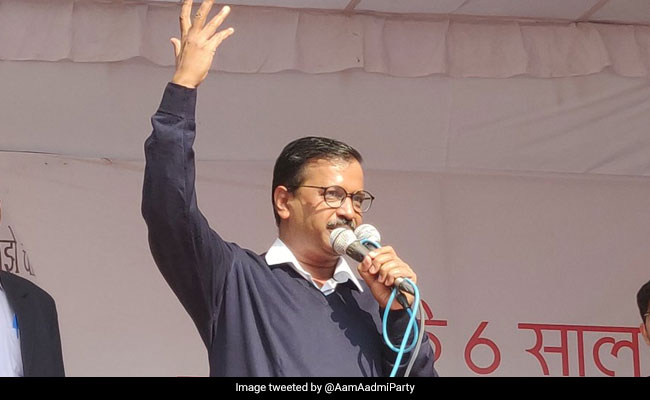 The BJP's Delhi unit Friday accused Chief Minister Arvind Kejriwal of "encouraging corruption" and demanded he sack Satyendar Jain from the cabinet for facing prosecution by the CBI.

The Ministry of Home Affairs Thursday granted sanction to the Central Bureau of Investigation or CBI for prosecution of Mr Jain in a disproportionate assets case, officials said.

"Kejriwal should immediately dismiss Satyender Jain from his cabinet after permission to the CBI to prosecute him in the disproportionate assets case," Delhi BJP chief Manoj Tiwari said in a statement.

Mr Kejriwal has defended Mr Jain, saying the move to prosecute him was aimed at derailing work for regularisation of unauthorised colonies in the city.

Mr Jain has rubbished the charges against him saying, "I am amazed at the charges made by the centre; they are saying Jain will become richer by regularising these colonies. This is laughable and beyond comprehension."

Mr Tiwari, however, claimed that the decision to prosecute Mr Jain was connected with a serious case of corruption.

"People of Delhi want to know why Kejriwal does not take action against Satyendar Jain involved in corruption.  He cannot do so because he is himself encouraging corruption," he alleged.

Mr Kejriwal should stop indulging in "politics of falsehood" and concentrate on development of unauthorised colonies and the first step towards this end is fixing boundaries of such settlements, he claimed.