The man, identified as Salman, 22, can be seen vandalising shops with the sword in the market area. 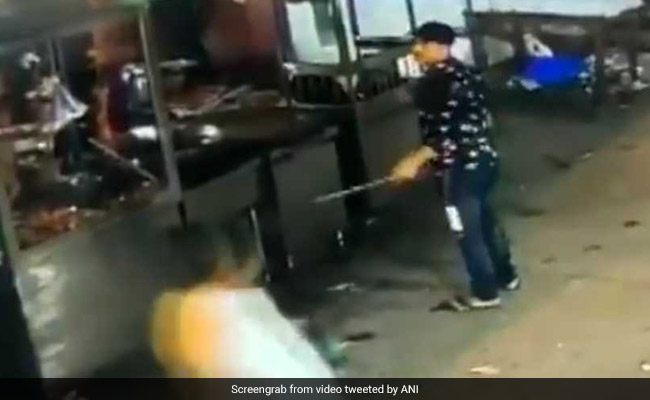 The man, identified as Salman, 22, was seen vandalising shops with the sword in the market area.

A video of a man brandishing a sword and threatening shopkeepers in northwest Delhi's Welcome area surfaced on Thursday.

The man, identified as Salman, 22, can be seen vandalising shops with the sword in the market area.

The incident happened on Tuesday night and Salman is on the run since then, the police said. His friend, Maroof, Deputy Commissioner of Police (Northeast), Atul Kumar Thakur said.

The two were under the influence of alcohol, the police said. However, the exact reason behind the act will be ascertained once he is arrested, they added.

#WATCH Delhi: A man was seen vandalising shops in Welcome area on 2 July. Case registered under Arms Act. One accused Maroof has been apprehended and search is ongoing for the other accused Salman. Inquiry by a senior officer has also been ordered. pic.twitter.com/ywDNdJmjl9

A case has been registered and an enquiry by a senior police officer has been ordered, Mr Thakur said.

Salman has earlier been booked in four cases. He was arrested on May 8 this year in a case registered under the Arms Act at Welcome Police Station. He was released from jail in June, the DCP said. He said further investigation is underway.