"Very Proud Moment": A Delhi Bus Driver's Son Is Among The CBSE Toppers 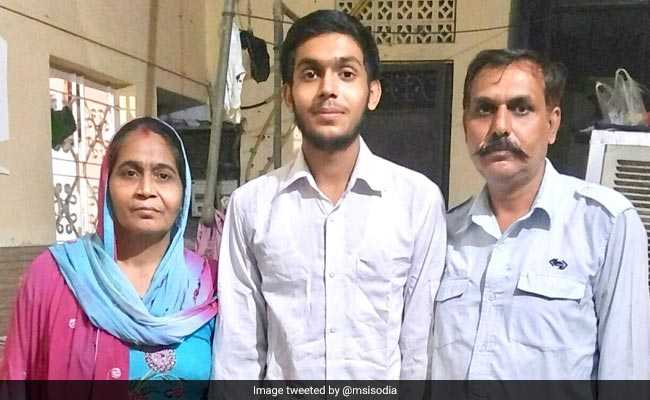 Manish Sisodia tweeted this picture of Prince Kumar with his family.

New Delhi: It was a moment of pride for the family of Prince Kumar when the Central Board of Secondary Education (CBSE) announced the class 12 results on Saturday.

Son a bus driver with the Delhi Transport Corporation (DTC), Prince topped the CBSE Class 12 examination in the science stream in Delhi government schools and among the many congratulatory messages he received was one from Delhi Deputy Chief Minister Manish Sisodia.

Mr Sisodia, who is also the state education minister, tweeted it was a "very proud moment" for him.

Another class 12 student who found mention in Mr Sisodia's tweets was Prachi Prakash, who topped the commerce stream in Delhi government schools.

"It was also touching moment to speak to Prachi Prakash and her family, topper of Delhi Govt school, Commerce stream in Class 12. Daughter of a small private company executive, Prachi got 96.2% with 100/100 in Eco, 99/100 in Math," Mr Sisodia said in another tweet. He also posted a picture of the girl with the family. 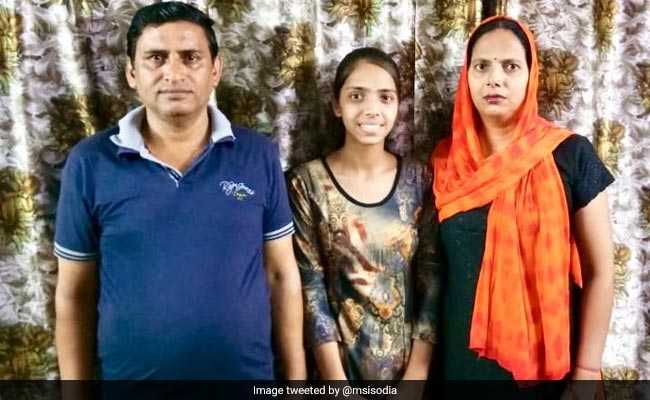 Mr Sisodia also spoke to Chitra Kaushik, Delhi Police assistant sub-inspector's daughter, who topped Delhi government schools in arts stream. "Daughter of an ASI in Delhi Police, she got 95.6% with 100/100 in History, 97/100 in Pol. Science," he tweeted.

Promoted
Listen to the latest songs, only on JioSaavn.com
Girls fared better than boys. The pass percentage for girls is 88.31 per cent while for boys, it is 78.99 per cent. Meghna Srivastava from Step By Step School in Uttar Pradesh's Noida topped the CBSE exam with 499 marks. The second position was bagged by another girl, Anoushka Chand, also a humanities stream student from a school in Ghaziabad. She got 498 marks out of 500. The third position is shared by six girls who secured 497 marks.