Travel Once A Day Via Cycle, Delhi Minister's Appeal Amid Rising Air Pollution 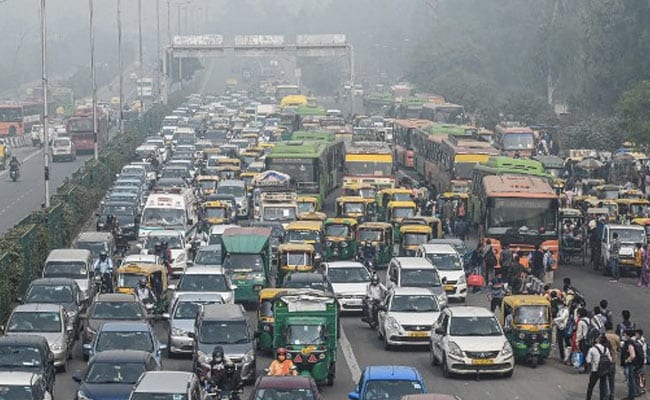 Amid rising air pollution in the national capital, Delhi Deputy Chief Minister Manish Sisodia on Saturday urged Delhiites to take out at least a day to travel via cycle or bus to reduce pollution.

His remarks came as he flagged off a cycle rally as part of the Delhi government's Rahagiri program at West Vinod Nagar, Patparganj on Sunday.

"We're taking Rahgiri to every corner of Delhi. Initially, it''ll be organized at 6 locations in 6 weeks. The message is to reduce pollution on your part", he tweeted.

He further said that "To reduce pollution, foremost responsibility lies with the govt to make rules & regulations. Then the industrial sector and thirdly, we as individuals; take out at least a day to travel via cycle/bus".

He also suggested that people in the construction industry should come up with technology that reduces pollution during construction activities.

"People can ride a cycle at least once a month to prevent pollution and save the environment for future generations," said Sisodia.

Delhi's air quality on Sunday improved marginally as the air quality in the national capital reached the ''very poor'' category with Air Quality Index (AQI) at 386 (overall), according to the System of Air Quality and Weather Forecasting And Research (SAFAR).

Meanwhile, the pollution level in the National Capital Region (NCR), especially Noida and Gurugram, also remained worrisome. Noida reported AQI in the ''hazardous'' category at 536, while the air quality in Gurugram was at the upper end of the ''severe'' category at 423.

As per SAFAR's bulletin, the AQI is likely to improve in two days "as winds at the transport level (925 mb) are slowing down resulting in a lesser intrusion of farm fires-related pollutants into Delhi."

"However, as local winds are becoming calm and minimum temperature is decreasing further, preventing efficient dispersion of pollutants leading to improvement of air quality to the upper end of very poor category or lower end of the severe category," it added.

The effective fire count was reduced to 3,157 yesterday, SAFAR informed.

To tackle increasing air pollution levels in the national capital, Delhi Chief Minister Arvind Kejriwal on Saturday announced a ''pollution lockdown'' under which the schools would remain physically closed for a week from this Monday. Classes would continue virtually so that students don''t have to breathe in the polluted air.