With Assembly elections expected in Delhi next year the BJP and the AAP have stepped up sniping at each other over key issues, including the air pollution crisis in the national capital 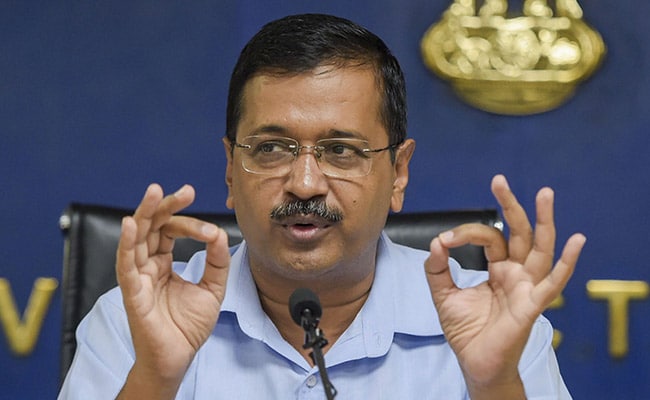 The BJP's Manoj Tiwari has hit out at Delhi Chief Minister Arvind Kejriwal amid reports the 2,000-bed Lok Nayak Hospital, the largest state-run facility in the capital, is to shut operation theatres over a lack of funds and facilities. The Delhi BJP chief posted three critical tweets this morning, in which he demanded the AAP government explain how it had spent a budget of Rs 60,000 crore and suggested Mr Kejriwal take out a full-page advertisement to list his government's "failures in health and transport".

"Yes, it is true that there will no longer be operations in LNJP Hospital. @ArvindKejriwal, along with transport you stalled operation theatres of the hospital... Patients are wandering in the LNJP Hospital, where there 2,000 beds," Mr Tiwari said.

"(A) lack of ceiling lights in operation theatre... doctors do surgery with help of small lights. Laparoscopic equipment taken on loan... operation tables are trolley beds used for transferring patients...no post-operative ICU beds. Where are you spending Rs 60,000 crores of Delhi?" he added.

"It is high time to release one more full-page advertisement listing your Failures in Health and Transport. Don't (be) shy, people of Delhi already know the same," Mr Tiwari said.

According to a report by The Times of India, Sanjeev Khirwar, Principal Secretary (Health) said he is aware of the problems and had spoken to hospital authorities.

With Assembly elections expected next year BJP and AAP have stepped up sniping at each other over key issues, including the air pollution crisis that made headlines this month after the Environment Pollution (Control & Prevention) Authority declared a public health emergency in the national capital.

Last week Union Environment Minister Prakash Javadekar criticised Arvind Kejriwal for having spent Rs 1,500 crore on advertisements instead of using it to help farmers in Punjab and Haryana buy farm machinery to eliminate the need for stubble burning that caused the air quality crisis in Delhi.

Mr Kejriwal hit back and told NDTV that in the current financial year the Delhi government had only spent Rs 40 crores on ads. He also said that a vast majority of that money had been spent on spreading awareness about dengue fever in the national capital.

"... in this financial year Delhi government has spent only Rs. 40 crore... on awareness about dengue so that not one person has died this year," he asserted.

Expenditure on advertisements has been a sore point between the BJP and the AAP over the past few years, with the former quick to pounce on such expenses. For its part, the AAP has advertised regularly to highlight achievements in the fields of health, transport and education.

According to the reply to a RTI query filed last year, the AAP government has spent an average of Rs 70.5 crore per year on advertisements since it came to power.