The three men have been identified as Pankaj (19), Sagar (20) and Abhijeet (19), all residents of Nangloi in outer Delhi, from where they were arrested, police said 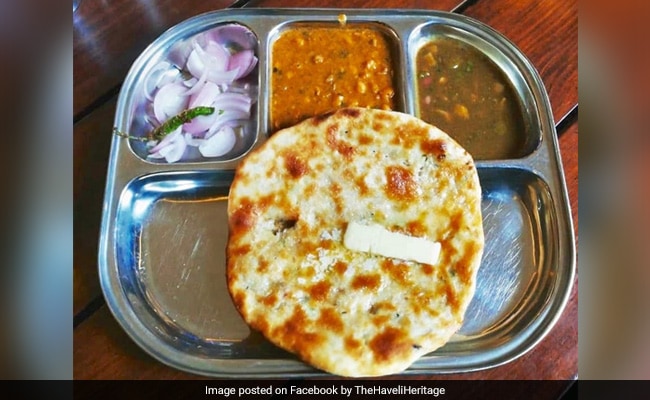 They robbed a cab driver to fund their trip to Murthal to have parathas, said cops(Representational)

Three men were arrested along with two juveniles for allegedly carjacking and robbing a cab driver to fund their trip to Haryana's Murthal to have its famous ''parathas'' (flat bread) for dinner, police said on Wednesday.

But their trip was cut short as a quarrel broke out between them on whether to take a trip to Murthal or Shimla. Finally the five of them ended up having dinner in their car after picking up food from an eatery in west Delhi's Paschim Vihar, police said.

The three men have been identified as Pankaj (19), Sagar (20) and Abhijeet (19), all residents of Nangloi in outer Delhi, from where they were arrested, police said, adding that Sagar was previously involved in two others cases.

After having their dinner, they parked the vehicle at a secluded spot in Nihal Vihar area, a police officer said.

On August 30, the accused booked the cab through an app installed in a phone that they had earlier stolen.

The accused boarded the cab after it arrived at its pick up destination on Najafgarh road in Nangloi. However, on reaching Rajdhani Park, the five accused started beating the driver and overpowered him. They took away his two mobile phones as well as his wallet, threw him out of the car and drove off, according to the police.

Deputy Commissioner of Police (Outer) A Koan said a case of robbery was registered at Nangloi police station and an investigation was taken up.

On the basis of intelligence, Sagar and Pankaj were arrested. Both accused confessed to their crime and disclosed the names of the other three accused.

For Central Vista's New Police Station, Over 400 Posts To Be Created