Study Finds Black Carbon In Delhi Air 5 Times More Than In US, Europe

Various researches have shown that the rapid growth in the number of on-road vehicles in Asia has increased human exposure to particulate matter (PM), a hazardous component of air pollution. 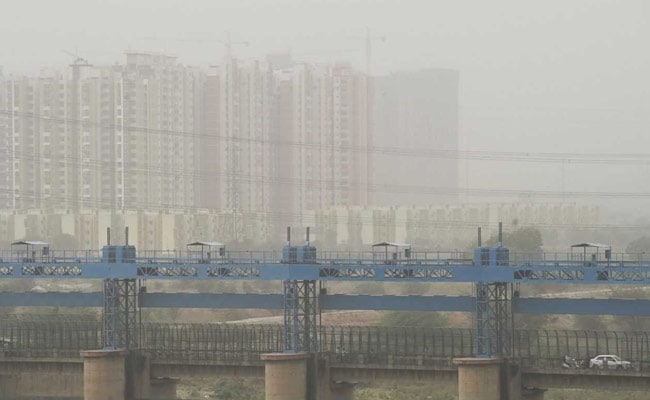 Researches have shown that rapid growth of on-road vehicles have increased exposure to PM. (File)

If you live in Delhi and commute to work by car, you are up to five times more likely to be exposed to the deadly black carbon than those living in Europe or North America, say researchers.

Increased exposure to black carbon can lead to respiratory and cardiovascular diseases, cancer, and even birth defects.

Various researches have shown that the rapid growth in the number of on-road vehicles in Asia has increased human exposure to particulate matter (PM), a hazardous component of air pollution.

"There is compelling evidence that people travelling in urban areas in Asian cities are being exposed to a significantly higher level of air pollution," said lead author Prashant Kumar, professor at UK''s University of Surrey.

The study, published by the Atmospheric Environment journal, analysed exposure to and concentration of particulate matter components, including fine particles (PM2.5), black carbon produced by carbon-rich fuels such as gasoline and diesel, and ultrafine particles (UFP) small enough to travel deep into lungs.

The researchers analysed how Asians, including Indians, are more exposed to the particulate matter components than those living in Europe and the US. The activities included walking, driving, cycling, motorbike riding and bus rides.

As a result, car drivers in Asia are exposed to up to nine times more pollution than Europeans and Americans, while black carbon levels were seven times higher for Asian pedestrians than Americans.

Pedestrians walking along busy roadsides in Asian cities are exposed to up to 1.6 times higher fine particle levels than people in European and American cities, the study noted.

According to a recent World Health Organisation (WHO) data, 14 Indian cities are among the 15 most polluted cities in the world, with New Delhi coming at the sixth spot. About 88 per cent of premature deaths in low and middle-income countries in Asia can be attributed to air pollution, WHO said.