Soon, Dozens Of Separate Toilets For Transgenders In Delhi

The state government also informed the court that nine new toilets have already been constructed for the use of transgenders and the construction of 56 more washrooms for them is underway. 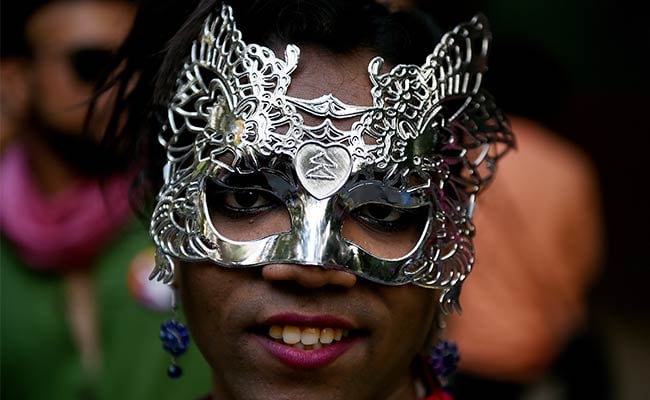 The court was hearing a PIL by a law student (Representational)

The city government has informed the Delhi High Court that 505 toilets meant for persons with disabilities (PwD) have been designated for the use of transgenders and the creation of separate washrooms for third-gender persons will be done on a fast-track basis.

The state government also informed the court that nine new toilets have already been constructed for the use of transgenders and the construction of 56 more washrooms for them is underway.

A bench of Chief Justice Satish Chandra Sharma and Subramonium Prasad granted six weeks time to the Delhi government to file a status report informing the court about the new toilets constructed for the use of transgenders/ third gender persons.

It listed the matter for further hearing on November 14.

The court was hearing a PIL by Jasmine Kaur Chhabra, a law student at that time, seeking direction to construct separate washrooms for the third gender on the ground that the absence of separate public toilets for transgenders makes them prone to sexual assault and harassment.

The petition has said that the absence of gender-neutral toilets goes against the directions of the Supreme Court and in spite of funds from the Centre, no separate toilets are being made for the transgender or third gender community in Delhi.

The high court had earlier issued notice to the Centre, Delhi government and municipal authorities on the petition.

The Delhi government, in its latest status report, said that as per the Action Taken Report submitted by various departments a total of 505 toilets meant for persons with disabilities have been designated for use of transgender persons.

With regards to creation of separate identified public toilet facilities for transgender persons, it was submitted that nine new toilets have been created, 56 toilets are under process and six are yet to start.

The state government said in the report that earnest efforts are being made to ensure that work on creation of separate toilets for transgender persons is completed on a fast track basis.

The high court had earlier told the Delhi government that wherever new public spaces were being developed, there should be separate toilets for transgenders and directed it to look into this aspect without any delay.

The Delhi government counsel had informed that some time was required for building the infrastructure and for the time being, transgender may use the toilets built for physically disabled persons.

The counsel for the petitioner had stated that the present issue has been pending for a long time and the government has set a timeline of two years for building the toilets.

The petition has further said Mysore, Bhopal, and Ludhiana have already started taking action in this regard and have built separate public washrooms for them but the national capital is still seen nowhere taking such an initiative.

"There are no separate toilet facilities for transgenders, they have to use male toilets where they are prone to sexual assault and harassment. Discrimination on the ground of sexual orientation or gender identity, therefore, impairs equality before the law and equal protection of the law and violates Article 14 of the Constitution," the petition, filed through advocate Rupinder Pal Singh, has said.

People, including men, women, and transgenders, feel uncomfortable and hesitate when the third gender uses washrooms which are made for others, the plea submitted, adding this also violates the 'right to privacy of the third gender.