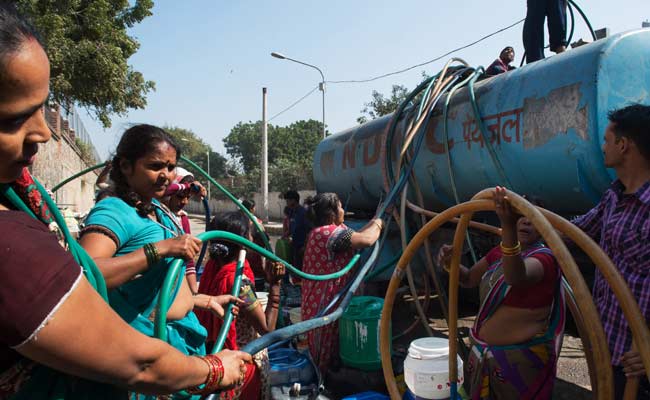 Delhi relies heavily on a canal running through Haryana for its water supply.

New Delhi: The Supreme Court on Thursday asked the governments of Delhi and Haryana to cooperate and solve the water crisis in the national capital triggered by violent Jat reservation protesters who damaged supply lines.

The Haryana government informed Supreme Court that it is supplying water fully and the repair work in the Munak canal would be completed within 15 days provided there are no more protests.

The Delhi government however said it was not getting it full supply and requested the court to intervene.

Turning down the plea, the Supreme Court asked both the states to solve the issue mutually and said if a problem arises the Delhi government can come to court.

Protesters from the Jat community in neighbouring Haryana sabotaged a crucial waterway to press for reservation in government jobs and education.

The Jats have called off their agitation after the Haryana government accepted their demands following days of riots, arson and looting that saw thousands of troops deployed. Protests, though, continue in some areas.

Delhi's water board is racing to restore full supplies to the city of 17 million people that relies heavily on a canal running through Haryana, which encircles the city on all but its east side.

Water trucks fanned out across the teeming, landlocked city, where infrastructure struggles at the best of times, but it was not clear just how many people were still affected, although many households were without regular water four days after the canal was badly damaged.

On Tuesday, the Delhi government had said the water situation in the city showed signs of improvement as water was received from Haryana and treatment plants commenced operations.