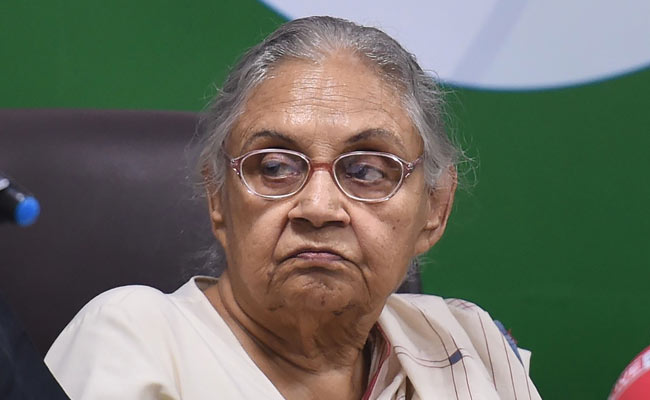 A day after Delhi Congress chief Sheila Dikshit dissolved all 280 block-level committees of the party, AICC in-charge of the national capital PC Chacko overturned the decision, a move that hinted differences between the two leaders.

Delhi Congress leaders, including Ms Dikshit and Mr Chacko met Mr Gandhi on Friday, who advised them to work unitedly in the wake of Assembly polls in Delhi scheduled to be held early next year.

However, Ms Dikshit taking cognizance of a report by a committee formed by her to probe party's debacle in recent Lok Sabha polls, dissolved all the block committees hours after meeting Mr Gandhi.

A group of Congress leaders on Saturday met Congress general secretary (organisation) KC Venugopal and Mr Chacko and protested the move to dissolve the block committees.

"We told the two leaders that the block committees and their presidents were elected and they cannot be dissolved all of a sudden before Assembly elections since it takes a lot of time to form them," said Chatar Singh, who was in the meeting.

The Delhi unit of Congress has apparently failed to recover from differences among its leaders, with the "anti-Dikshit group" claiming that the block committees were dissolved "unilaterally" by her without consulting Mr Chacko.

"The decision to disband the block committees formed under presidentship of Maken is an attempt by Dikshit to stamp her authority by reconstituting them under her leadership," said a senior Delhi Congress leader.

The process for constitution of new committees has already begun in view of the Assembly elections in Delhi scheduled early next year, said a leader of Dikshit camp.

The differences in the party had surfaced during Lok Sabha polls, when PC Chacko and Mr Maken batted for an alliance with the Aam Aadmi Party (AAP) to defeat the BJP.

Ms Dikshit and her followers in the party strongly resisted the alliance which finally failed to materialise.

Congress lost all seven Lok Sabha seats in Delhi at the hands of the BJP with huge margins.