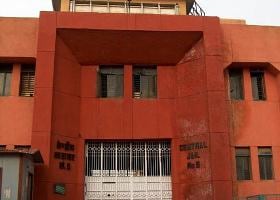 New Delhi: The infamous mastermind of an inter-state prostitution racket, who used to supply call girls at farmhouses and five-star hotels attempted suicide in the high-security Tihar jail in New Delhi, police said on Tuesday.

Sex-racketeer Geeta Arora alias Sonu Punjaban, tried to commit suicide around 9.30 p.m. on Monday by consuming sleeping pills and then hanging herself from a ventilator by using her stole.

"One of her co-inmates of jail number six, where she has been lodged after her arrest, saw her attempting to commit suicide. The co-inmates raised an alarm, after which Sonu was rushed to Deen Dayal Upadhyay Hospital and is stated to be out of danger. Sonu was later taken back to Tihar jail on Tuesday morning," Tihar Jail spokesperson Sunil Gupta told IANS.

"A few days back a mobile phone was recovered from her possession regarding which she was being interrogated. To avoid interrogation, she planned the whole suicide drama," said Mr Gupta.

Sonu was arrested from south Delhi in April 2011 when she came there to strike a deal. That was Sonu's third arrest for running a prostitution racket.

Promoted
Listen to the latest songs, only on JioSaavn.com
Sonu is known to have close links with the underworld as well. She is the wife of slain gangster Hemant, who was killed in a shootout in April 2006. Earlier, she was married to Vijay and Deepak, Hemant's elder brothers, who were also killed in different shootouts.