"We have about 700 doctors from the North Corporation hospital who are part of MCDA. We all went on mass casual leave in protest," general secretary of the Municipal Corporation Doctors'Association said. 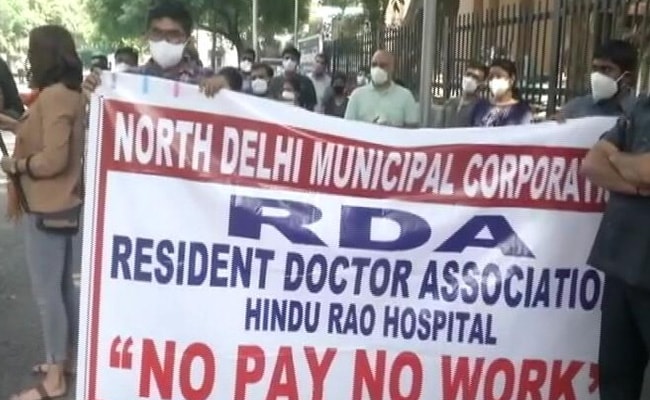 Patients of North Corporation-run hospitals faced hardship as the senior doctors there went on an indefinite strike on Tuesday, a day after they had gone on casual leave en masse over their pending salaries.

Maruti Sinha, general secretary of the Municipal Corporation Doctors' Association (MCDA) said, "Our demands, which include release of pending salaries for the last three months, have not been met, so we are now on an indefinite strike".

MCDA, an association of senior permanent doctors of the civic hospitals, was established in 1974, and has about 1200 members. It also includes doctors from hospitals run by other two municipal corporations.

"We have about 700 doctors from the North Corporation hospital who are part of MCDA. We all went on mass casual leave in protest. And, even though our conscience doesn't allow, our doctors did not attend to patients even in emergency wards," Sinha said on Monday.

Patients at Hindu Rao Hospital and other North Delhi Municipal Corporation-run hospitals faced inconvenience as doctors struck work to press for their demands. Authorities may have taken services of contractual doctors, she said.

Services were also hit on Monday when the senior doctors went on a mass casual leave and did not even attend to patients in the emergency department.

Resident doctors of Hindu Rao Hospital are on a relay hunger strike for the last couple of days, demanding release of their pending salaries too.