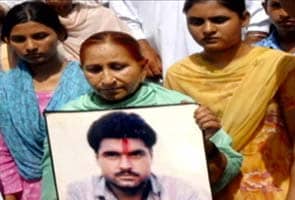 New Delhi: The wife and daughter of Sarabjit Singh, the Indian national who died following an attack in a Lahore jail a few months back, have been given LPG distributorship by an oil company.

Another of Sarabjit's daughters, Swapandeep Kaur, has already been appointed as a naib tehsildar (revenue official) by Punjab government.

Sarabjit was convicted by a Pakistani court following his arrest on terror charges in 1991.

He was being held in Pakistan's infamous Kot Lakhpat jail where he was attacked by fellow inmates in April this year.

Severely injured in the attack, Sarabjit died a few days later at a Lahore hospital.

Promoted
Listen to the latest songs, only on JioSaavn.com
India had been maintaining that Sarabjit, a farmer based in a village situated along the border, had strayed into Pakistan in an inebriated condition.