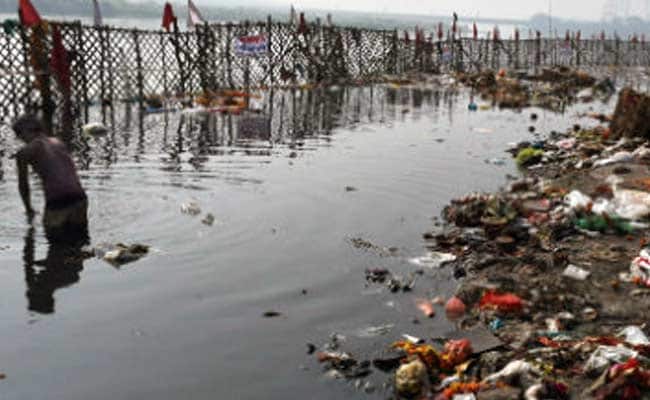 File Photo: A rag-picker inspects the waste in the Yamuna river. (Press Trust of India)

Agra: Hundreds of river activists and environmentalists organized a walk demanding release of water in Yamuna and speed up cleaning programmes to save the river from further degradation.

The march, a part of the River Connect Campaign, commenced from Haathi Ghat near Agra Fort to Etmauddaula view point park last night.

Dr Devashish Bhattacharya, an environmentalist, said the march was organized to draw attention towards receding water levels of the river which also pose a threat to the foundation of Taj Mahal.

"We need a minimal flow of water in the river not only for drinking, but also for the safety of the Mughal monuments along its banks," he said.

Dr Anand Rai, ex-NASA scientist, said Yamuna was a repository of culture and religion. "Its reduction to a sewage canal was a matter of serious concern," he said.

In a resolution, participating citizens demanded a barrage on the Yamuna river, a minimal flow of water round the year, cleaning and repair of ghats, constitution of river police to patrol the banks, action against polluters and tapping of the drains opening into the river.