Dussehra 2018: What Is The Significance Of Ravana Dahan

Dussehra is celebrated on the 10th day of the month of Ashvin, which falls in the Gregorian months of September or October. 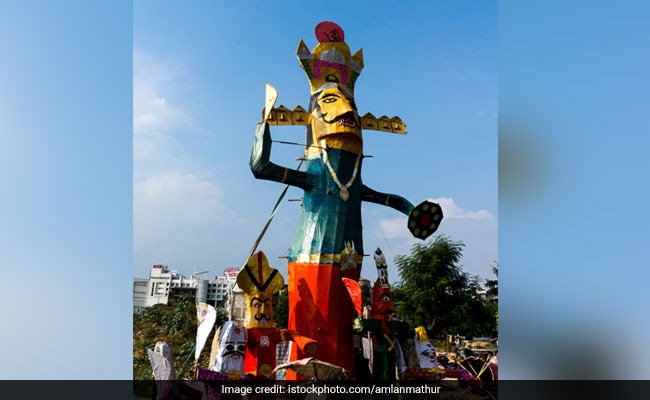 'Ravan Dahan' is a massive event in Delhi as well.

Dussehra or Vijayadashmi is being celebrated today with enthusiasm all across the country. People of the nation are eagerly waiting for 'Ravana Dahan', a ritual of burning effigies of demon king Ravana, Meghnath and Kumbhakaran, which represents the victory of good over evil. 'Ravana Dahan' commemorates the day when Lord Rama killed Ravana, as written in epic 'Ramayana'.

'Vijay' refers to victory and 'Dashami' refers to tenth. The Hindu festival is celebrated after the end of 9-day festival Navratri. The word Dussehra is derived from the Sanskrit words "dasha" and "hara" which mean "ten" and "defeat" respectively. In Hindu mythology, it is said that the demon king Ravana had ten heads.

Dussehra is celebrated on the 10th day of the month of Ashvin, which falls in the Gregorian months of September or October.

The festival is celebrated in different ways across the country. In West Bengal, the day marks the end of the Durga Puja festivities, when idols of Goddess Durga are immersed in water bodies. It is also believed that the Goddess battled demon Mahishasur for nine days and killed him on the tenth day.

'Ravan Dahan' is a massive event in Delhi as well. The most prominent event is held in old Delhi, named Luv-Kush Ramlila. The annual event is being organised at the ground opposite Red Fort since 1924. Bollywood personalities, politicians and sports-persons take part in the Ram Lila. This year, Health Minister Harshavardhan played the role of King Janak, the father of Sita.