'Proud That One of Our Volunteers Has Become Delhi Chief Minister,' Says Anna Hazare After Arvind Kejriwal is Sworn-In 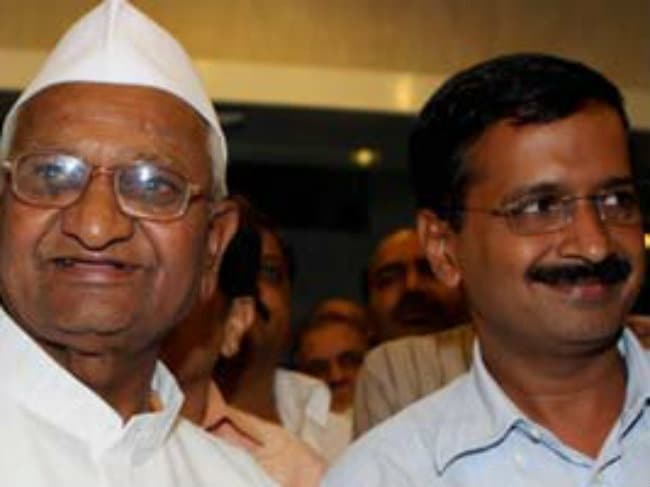 Anti-corruption crusader Anna Hazare greeted Arvind Kejriwal today, and said he is proud that one of his volunteers has become the Chief Minister of Delhi.

"I had congratulated Arvind on the counting day as well. I again congratulate him for having taken oath as the Chief Minister. I am proud that one of our volunteers has formed the government in Delhi," Mr Hazare told reporters in Ralegan Siddhi, Maharashtra.

"Those who will run the government now, I have full faith that they will make Delhi a corruption free city and a model city, which will later form an example for the entire nation.

"They worked for years with us and have now become the Chief Minister and ministers. I had earlier also said, whether Kiran Bedi wins or Arvind Kejriwal, both of them have been our volunteers," he added.

Mr Kejriwal, a former Team-Anna member, had extended an invitation to Mr Hazare for the swearing-in ceremony at the historic Ramlila Maidan, which was the venue for Mr Hazare's anti-graft campaign over three years ago.

Promoted
Listen to the latest songs, only on JioSaavn.com
He, however, did not attend the ceremony. Mr Hazare had also skipped Arvind Kejriwal's swearing-in ceremony when he became Delhi chief minister for the first time in 2013.

After a long association in the anti-corruption movement, the two drifted apart when Mr Kejriwal decided to launch his political outfit 'Aam Aadmi Party' against Anna Hazare's wishes.