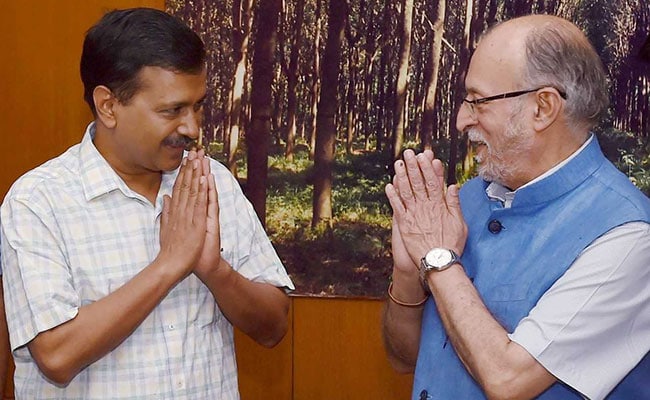 If council of ministers headed by Chief Minister and the Lt Governor disagree, the President decides

If there is a difference of opinion between the council of ministers headed by the Chief Minister and the Lieutenant Governor, the final decision will rest with the President and will be binding on them, the Delhi High Court said on Thursday.

The high court said this while holding that the decision of the council of ministers headed by Delhi Chief Minister Arvind Kejriwal to roll out the doorstep ration delivery scheme is not an executive action taken by or in the name of the LG since he has expressed his disagreement, which stands unresolved as it has not been placed before the President.

The high court's verdict came while holding that the AAP government's doorstep ration delivery scheme - Mukhymantri Ghar Ghar Ration Yojna - cannot be implemented in its present form as it has not been approved by the LG.

It passed the judgement on two pleas by petitioners Delhi Sarkari Ration Dealers Sangh and Delhi Ration Dealers Union challenging the scheme on the ground that it seeks to by-pass the existing Fair Price Shop (FPS) owners or dealers in the matter of distribution of foodgrains and wheat flour (atta) at the door-step of the beneficiaries under the TPDS.

"The final decision shall rest with the President on the difference of opinion and the said decision shall prevail and bind the Council of Ministers headed by the Chief Minister and the Lieutenant Governor, who shall act in accordance with the said final decision," a bench of Acting Chief Justice Vipin Sanghi and Justice Jasmeet Singh said.

It said the council of ministers headed by the Chief Minister is bound to communicate its decisions and resolutions, including any such scheme or proposal, to the LG to enable him to examine the same and take a call on whether or not he has a difference of opinion with any such scheme.

"When any decision of the council of ministers headed by the chief minister is placed before the LG for his approval, he shall be mindful of the decision of the Supreme Court..., and shall take his decision to express his difference of opinion, if any, in the light of the aforesaid judgment," it said.

"The LG should not act in a mechanical manner, without due application of mind, thereby referring every decision of the council of ministers to the President.

"At the same time, it is obligatory on the council of ministers to keep the LG abreast with all their decisions, to enable him to exercise the power conferred upon him under Article 239AA(4) of the Constitution and the proviso thereof," the bench said.

The Delhi government had defended the doorstep ration delivery scheme, saying it was for the poor who were being threatened by fair price shop (FPS) owners to opt-out of the home delivery mode or they would not be given ration.

The Centre had opposed it saying that the court should not allow any state government to interfere with the structure of the National Food Security Act (NFSA) and destroy its architecture and that FPS is an integral part of the Act.