The wife of the Delhi sewage worker urged she wants to educate her three children. As of 10 AM on September 19, over Rs 48 lakh had been crowdfunded for Anil's family. 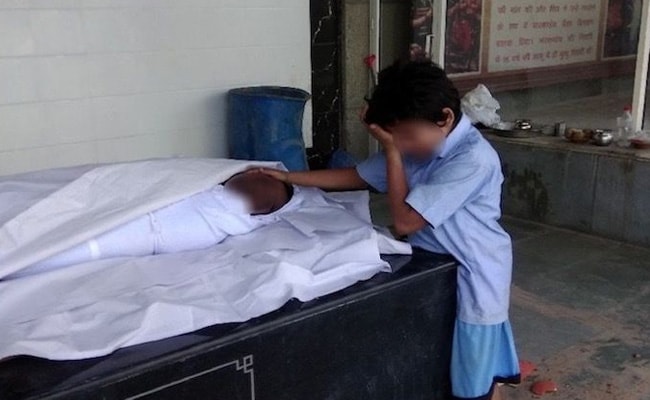 An image of Gaurav holding his father's face and weeping drew attention of Twitter users.

10-year-old Gaurav spends his days playing with his friends and taking care of his 2.5-year-old sister Suman. The boy is helping his mother in taking care of his siblings since his father Anil suffocated to death while cleaning a sewer in Delhi. He was hired by a person named Satbir to clean the sewer line as stagnant water was overflowing. While climbing down the sewer in Dabri Village area of Dwarka, Anil slipped and the rope around his waist broke, following which he fell in the 20-feet deep sewer.

His wife Rani told NDTV that they live in a 12 by 12 room and will have to struggle to raise three children. "My husband was the only breadwinner and we were looking forward for our children to be educated so they can live a comfortable life unlike the one we have had. He was asked to install a grill on a sewer but instead Satbir asked him to venture down the manhole to clean and that too without any protective gear but a thin rope," Rani said. 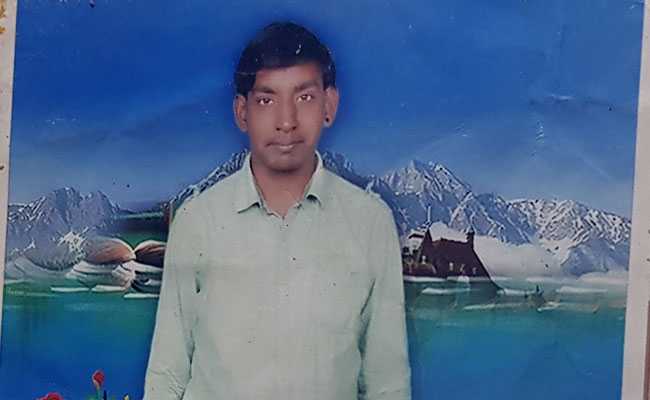 Anil died of suffocation in the sewage plant.

For the cremation, her family received support and monetary help from their landlady.

Anil's son Gaurav speaks to NDTV while he scribbles a picture and writes his father's name in his notebook. "My birthday is next month, last weekend I asked if I can get a cycle as a birthday present. He did promise and I know he would bring me one but now he is gone," the boy said. 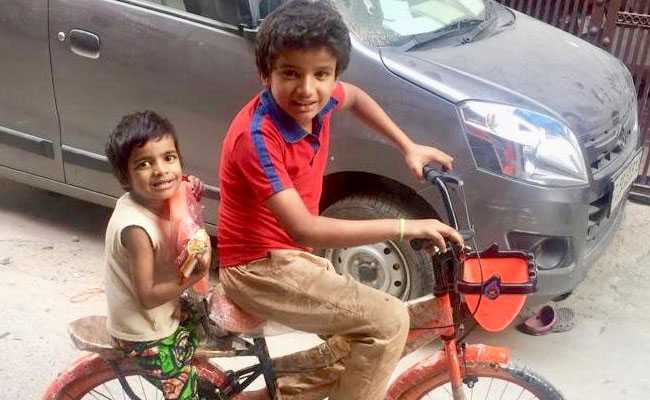 Through crowdfunding, Uday Foundation has delivered Gaurav a cycle and some new clothes.

An image of Gaurav holding his father's face and weeping posted by reporter drew attention of the Twitter users prompting Uday Foundation to crowdfund for the family. As of 10 AM on September 19, over Rs 48 lakh had been crowdfunded for Anil's family. 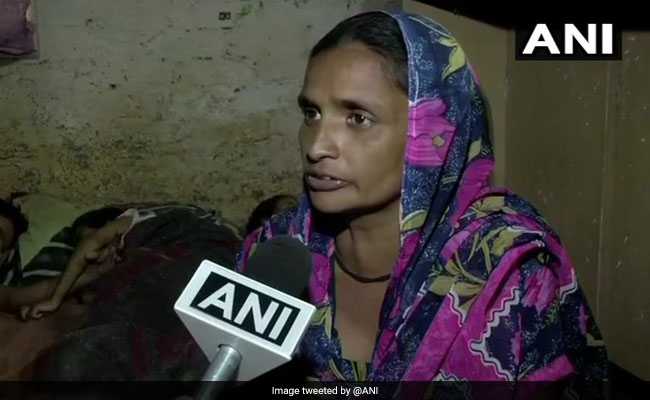 Rani, wife of sewage worker, said is grateful for the support from social media.

Anil lived with his wife Rani and three children in a rented room in Dabri Extension. Reports sayAnil died six days after his four-month child lost his life due to pneumonia.