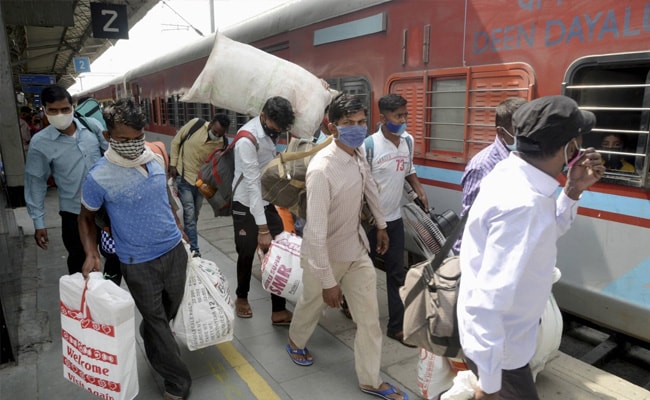 Between April 19 and May 14, a total of 8,07,032 migrant workers left Delhi (Representational Image)

Over eight lakh migrant workers left the national capital in the first four weeks of the lockdown imposed to contain the spread of the second wave of the COVID-19 pandemic, according to a report from the Delhi Transport Department.

"The timely coordination with transport authorities of neighbouring states, especially Uttar Pradesh and Uttarakhand by the Government of NCT of Delhi has helped about eight lakhs migrant workers to reach their destination without any difficulty," read the report.

There were 21,879 interstate bus trips during the four weeks of the lockdown, it added.

Chief Minister Arvind Kejriwal had first imposed a lockdown on April 19 which was later extended multiple times, lastly on May 16.

Learning from the past experience of the first surge of pandemic in March 2020 when the city experienced heavy movement of migrant workers to their native places, the state Transport Department this time had deputed an adequate number of buses to facilitate migrant workers to reach their destination.

"Transport department, Govt. of NCT of Delhi prepared a plan for deployment of 500 cluster buses on interstate routes under emergency. There was no complaint of overcharging as the interstate buses were owned and operated by state governments," the report said.

It also mentioned that "train travel" was a preferred mode by migrants in the current lockdown as trains were operational unlike the last year's coronavirus-induced lockdown in March.