No Protection From Arrest For Businessman In Oxygen Concentrators Case

Additional Sessions Judge Sumit Dass also placed his anticipatory bail before the District and Sessions Judge which will now decide which court will hear the plea on Wednesday. 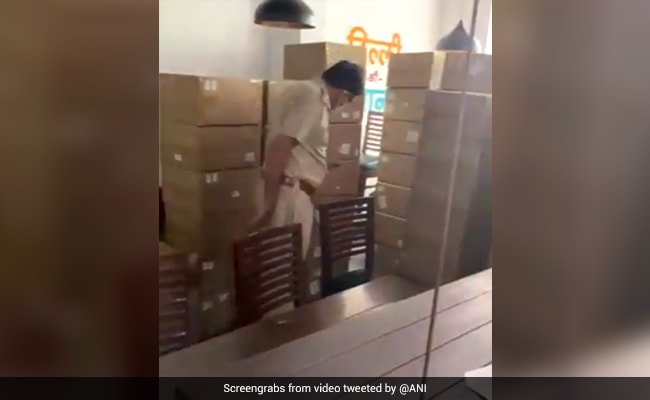 A Delhi Court on Tuesday refused to give any interim relief from arrest to businessman Navneet Kalra for the second time in the alleged oxygen concentrator hoarding and black marketing case.

Additional Sessions Judge Sumit Dass also placed his anticipatory bail before the District and Sessions Judge which will now decide which court will hear the plea on Wednesday.

"Bail application placed before the District Judge South East at 10 am tomorrow; they will send it to the concerned court. There is no interim relief or any sort of protection to the accused yet," the judge remarked.

The court was hearing the arguments on the issue of jurisdiction on the anticipatory bail petition filed by the businessman in connection with the seizure of oxygen concentrators from his upscale restaurants, including ''Khan Chacha'' in Khan Market.

During the course of proceedings, Public Prosecutor Atul Shrivastava said that since the matter was transferred to the Crime Branch after registration of FIR, the court has no jurisdiction to hear the matter.

"On May 7, the court had the power but now since the case has been transferred, it has no jurisdiction over the matter," Mr Shrivastava apprised the judge.

However, advocate Vineet Malhotra, representing the accused, told the court that on May 7, the case was registered at Lodhi Colony Police Station and hence the court has the jurisdiction over the matter, despite the investigation being transferred later.

"Just because it was transferred, they cannot take away the jurisdiction of this court. The court cannot be bound to their action," Mr Malhotra said.

The court on Monday had directed the investigating officer of the case to be present in court today along with a copy of the reply to Mr Kalra's pre-arrest bail.

During a recent raid, 524 oxygen concentrators were recovered from three restaurants owned by Kalra and it is suspected that he has left Delhi along with his family.

These concentrators are the crucial medical equipment used for COVID-19 management.