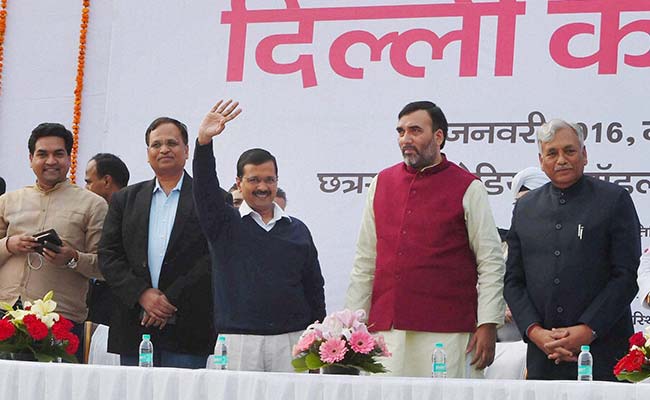 New Delhi: No advertising agency has been hired by Delhi Government to do its publicity work, the Arvind Kejriwal-led government has claimed before the Central Information Commission.

An RTI applicant Sunil Jha had sought to know from the Delhi Government details of the budget fixed by it for information and publicity for the year 2015-16 along with related records including details of agency hired for doing publicity.

"The respondent officers (Delhi Government) submitted that no advertising agency was hired for doing the publicity work of Delhi Government for the year 2015-16," Information Commissioner Sridhar Acharyulu noted.

He directed the Government to furnish attested copies of expenditure statement/budget of the relevant head of expenditure for the said year, to the appellant within 15 days from the date of receipt of the order.

The budget allocated by the Delhi Government for publicity had come under criticism for various quarters with Congress leader Ajay Maken approaching Delhi High Court with a public interest litigation seeking to restrain it from airing its audio-visual advertisements.

The Arvind Kejriwal-led dispensation had clarified its stand saying total budget for advertising is for a sum of Rs 40,000 crore, out of which Rs 523 crore is earmarked for information and publicity which comes to 1.518 per cent.

"From the date of the Supreme Court judgement in question, that is from May 13, 2015 and till date, a sum of Rs 22.33 crore has been spent on print, electronic media as well as outdoor publicity which works out to approx. Rs eight crore per month from May 13, 2015," it had said in an affidavit filed before Delhi High Court in August last year.