New Delhi: The Class 12 student, who was allegedly behind the wheels of a Mercedes that killed a man in Delhi on April 4, is a 'repeat offender', a senior police officer has said. The juvenile was allegedly involved in a car accident in February this year but was never booked.

"During investigation, we got to know that the teenager is a repeat offender. He was fined for dangerous driving in March as well," Madhur Verma, Deputy Commissioner of Police, (North) said.

The boy's father was produced in court today and remanded to police custody. The police booked him on Friday for abetment under law because he owns the car involved in the accident, which killed 32-year-old Sidharth Sharma on Monday night, and did not stop his son, who was a minor, from driving it.

The juvenile turned 18 three days after the accident. Police say they are also carrying out investigations to determine his exact age.  He was also counselled by the Juvenile Justice Board on Friday. 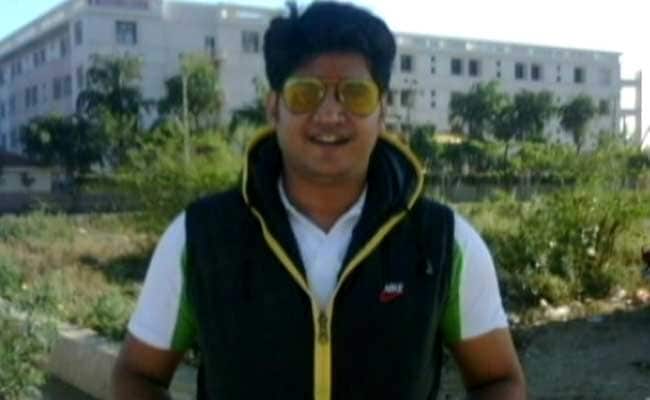 Sidharth Sharma, 32, died after being hit by the speeding Mercedes on Monday night

A police statement released yesterday said, "It was not the first offence of rash and negligent driving by the juvenile. In the past also, he has been found driving rash and had an accident with another vehicle." The other accident, mentioned in the police statement, took place in February. The teenager had allegedly crashed his car into another and was chased down. The matter ended up in the Maurice Nagar Police station but a "compromise" between both sides was reached, police sources said.

The teen was on a night out with six friends on April 4; they all had just finished their Class 12 exams. He was arrested under laws for underage offenders and released on bail.

In a statement on Friday, the police said: "On examination of CCTV footage during investigation of case FIR No. 118 being registered at Civil Lines police station, it was found that the juvenile offender was driving his car in extremely fast speed in a residential area which caused the death of Sidharth Sharma." The original charge of causing death due rash driving was upgraded to culpable homicide in the police case.