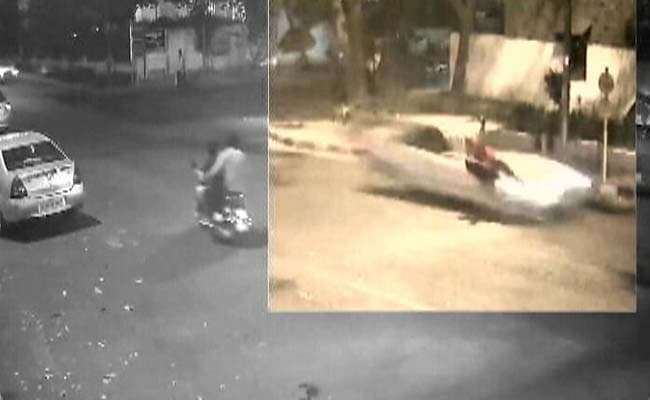 New Delhi: The juvenile, now 18, who allegedly knocked dead a man with his father's Mercedes in Civil Lines in Delhi has now been charged with culpable homicide considering his past record of negligent driving, police said today.

"On examination of CCTV footage, the possibility of knowledge to the accused juvenile offender that his extremely fast driving in a residential area can cause a death cannot be ruled out," DCP (North) Madhur Verma said.

"Further, during investigation it emerged that it was not the first offence of rash and negligent driving by this accused juvenile. In the past too he was found driving in a rash and negligent way, thereby causing a road accident with another vehicle," he said.

"In view of these facts, the death of Siddharth Sharma is a case of culpable homicide not amounting to murder and, hence, section 304 of IPC has been added in the FIR," said Verma.

The last time Delhi Police booked someone under culpable homicide in such a matter was in the Sanjeev Nanda BMW case 17 years ago, a senior official said.

On January 10, 1999, six persons, including three policemen, were killed by a speeding BMW car allegedly driven by Nanda in the wee hours in south Delhi's Lodhi Colony area.

Similar stand was also taken by Mumbai Police in the Salman Khan case.

Delhi Police yesterday arrested the juvenile's father, an Old Delhi-based businessman who lives with his family at a posh apartment in Civil lines area, under Sections 109/304 (abetment to culpable homicide not amounting to murder) of IPC.

"There has not been a single step taken by the father of the accused in prohibiting him from taking the vehicle. This is an act of criminal omission, thereby abetting the crime of the said juvenile," the official said.

Meanwhile, the investigating officer of the case was also changed after the victim Siddharth Sharma's sister met Delhi Police Commissioner Alok Kumar Verma yesterday and urged him to take strict action against the perpetrators.

The incident took place on Monday when Mr Sharma was trying to cross a road near Ludlow Castle School in Civil Lines and the speeding Mercedes hit him.

The car was being driven at a speed of at least 80 km per hour and Mr Sharma was flung several feet into the air by the impact of the crash and landed around 15 metres away from where he stood.

After the incident, a group of youths stepped out of the vehicle and fled the spot, abandoning the car there.
Comments
Mercedes Hit-And-Run caseCivil lines accidenthit-and-run case

Delhi Assembly Elections On February 8, Results To Be Declared On February 11: Live Updates