A Win Each For AAP And Congress In Delhi, Still Miles Behind BJP 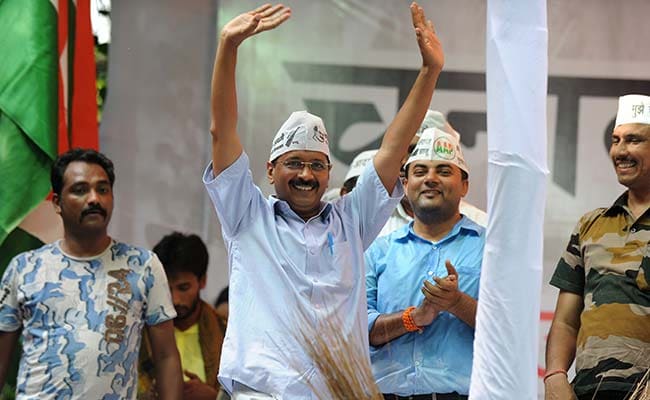 New Delhi: Chief Minister Arvind Kejriwal's beleaguered Aam Aadmi Party and the Congress have split apiece the two Delhi municipality wards for which by-elections were held this weekend. Both parties add to their meagre number of seats in the three corporations to which elections were comprehensively won by the BJP last month.

The Congress' Ajay Maken celebrated early, pointing out that not only has his party won the Sarai Pipal Thala ward but also narrowly came in second to the Aam Aadmi Party in Maujpur with the BJP relegated to third place.

The Congress' Mukesh Goyal has won the Sarai Pipal Thala ward in the north Delhi Municipal Corporation, while AAP's Reshma Nadeem won Maujpur in East Delhi. Neither win today will make a dent in the BJP's dominance of the two corporations. The party won a total 181 of the 270 wards in the three municipalities.

The Delhi Civic polls completed a washout of the Aam Aadmi Party that began with humiliating defeats for the party in assembly elections earlier this year in Punjab, where Mr Kejriwal was sure his party would form its next government after Delhi, and Goa, where it failed to win a single seat.

Ahead of the MCD elections, AAP had alleged that it feared rigging of electronic voting machines or EVMs and had demanded paper ballot. After the elections, AAP demonstrated what it alleged was proof that EVMs can be manipulated. Its legislator Saurabh Bharadwaj "hacked" a machine that the party said was identical to an EVM, a claim rejected by the Election Commission.

Promoted
Listen to the latest songs, only on JioSaavn.com
The election that Reshma Nadeem has won today was held on an EVM, critics have reminded Mr Kejriwal.

By-elections were held for the two seats as a candidate had died in each ahead of the MCD elections.