Fire broke out in in a plastic godown in Delhi's Amar Colony located in Nangloi's Kamruddin Nagar. No casualties have been reported. 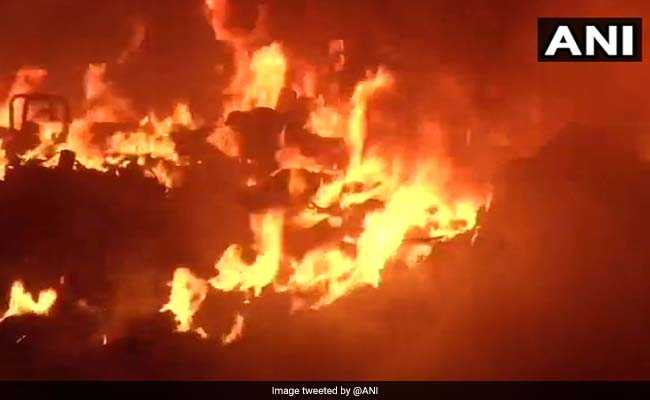 25 fire engines were rushed to the spot to douse the fire.

Thick plumes of smoke could be seen rising in the sky as a massive fire broke out in a plastic godown in Delhi's Amar Colony located in Nangloi's Kamruddin Nagar around 11 pm on Monday night. 25 fire engines were rushed to the spot to douse the fire.

Promoted
Listen to the latest songs, only on JioSaavn.com
Fire-fighting operations are underway to contain the fire.

No casualties have been reported and the reason behind the fire is not known yet. 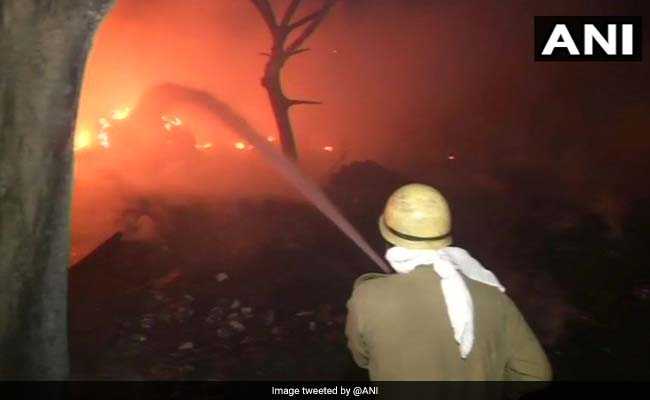 Last month, a fire broke out at a rubber godown in the heavily populated Malviya Nagar locality.

80 fire engines were sent and firemen worked in the night night to stop the blaze from spreading to neighbouring buildings.

Earlier this year, 17 people including 10 women were killed in a massive fire that broke out at a firecracker warehouse in north Delhi's Bawana industrial area.