Massive Fire In Delhi's Malviya Nagar Put Out, With Help From Air Force

The fire started around 5 pm on Tuesday in the warehouse at Khirki Extension, a crowded residential part of Delhi's Malviya Nagar.

Nearly after 20 hours a massive fire that raged through the night at a warehouse in south Delhi's Malviya Nagar has been put off, but the cooling operations are on, fire officials. This morning, an Mi-17 helicopter of the Air Force made several sorties to pour water to contain what has been classified as the "highest category" blaze in the national capital in recent times.

The fire started around 5 pm on Tuesday in the warehouse at Khirki Extension, a crowded residential part of Malviya Nagar. As many as 80 fire engines were sent and firemen were at work all night to stop the blaze from spreading to neighbouring buildings, including a school. Thick black smoke rising from the fire was visible from much of south Delhi.

The police believe a truck loaded with rubber material parked near the godown caught fire, which spread in no time because of strong winds last night. Plastic and raw material stored in the factory fuelled the fire, said an official. Thirteen buildings in the vicinity, including the school and a gym, have been evacuated for safety. It was tough for fire engines to access the narrow and congested lanes, officials said. One fire-fighter has been injured. 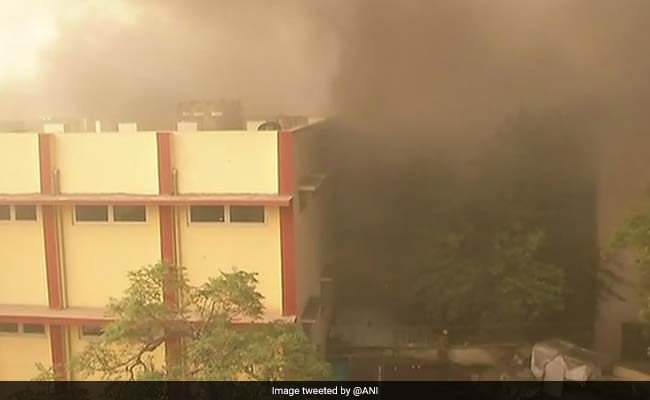 No one else has been reported injured but hospitals are on alert.

Promoted
Listen to the latest songs, only on JioSaavn.com
AAP legislator Saurabh Bhardwaj alleged there were many illegal warehouses and factories operating in residential areas and if these were overlooked, many disasters are waiting to happen. He also said that the local AAP councillor had complained to south Delhi municipal officials, but no action was taken.

Earlier this year, 17 people including 10 women were killed in a massive fire that broke out at a firecracker warehouse in north Delhi's Bawana industrial area.