The violence in Delhi, the worst in the capital since protests against the CAA started more than two months ago, began over the weekend, but turned deadly on Monday. 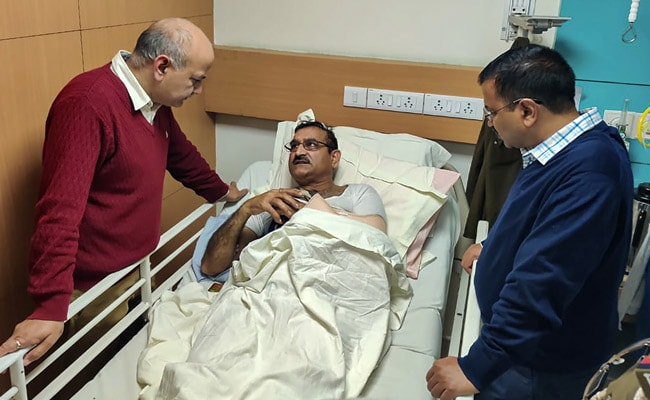 Delhi Deputy Chief Minister Manish Sisodia on Tuesday said that "monsters" appeared to have entered the capital as he condemned the violence that has raged for the last three days in the city's northeast over the controversial Citizenship Amendment Act (CAA) that have left at least 13 dead and over 150 injured.

"It seems that the monsters have entered the city. This is not the common public of our Delhi. Whichever religion, caste area these people are from, they should be immediately caught and thrown in jail. Strict punishment should be given," Mr Sisodia tweeted in Hindi.

Through the day, he was seen with Delhi Chief Minister Arvind Kejriwal who called for peace after praying at Mahatma Gandhi's memorial in Rajghat and visited the injured in the hospital.

"Whatever problems people have can be resolved peacefully. Violence will not help find a solution. This madness should stop," Mr Kejriwal said.

The clashes, the worst in the capital since protests against the new citizenship law started more than two months ago, began over the weekend, but turned deadly on Monday. Fresh violence erupted in multiple parts of northeast Delhi on Tuesday, just 15 km away from where US President Donald Trump and Prime Minister Narendra Modi met for talks.

Huge clouds of smoke were seen billowing from a tyre market that was set alight, and mobs wielding sticks and stones were seen walking down the streets in parts of northeast Delhi amid fresh reports of stone-throwing.

Paramilitary troops armed with assault rifles patrolled the streets that were strewn with rocks and shards of glass.

Like Monday, the police used tear gas and smoke grenades, but struggled to disperse the stone-throwing crowds that tore down metal barricades and set vehicles and a petrol pump alight.

Delhi has been a hotbed of protests against the new CAA, which promises citizenship to non-Muslims from Pakistan, Bangladesh and Afghanistan. Many fear that combined with the planned National Register of Citizens (NRC), which would require all Indians to prove their citizenship with documents that many poor and illiterate do not possess, the CAA can strip millions of Muslims of their citizenship.

The government has denied this and said the CAA only hopes to help those who have faced religious persecution in the three neighbouring countries.

4 In 5 Families In Delhi-NCR Affected By Air Pollution, Says Survey