Man Falls From Building In South Delhi, Gets Stuck On Ground Floor Grill

A 40-year-old man fell from the fourth floor of a building in South Delhi's Malviya Nagar but his fall was broken by a metal grill on the ground floor. The grill pierced his foot, leaving him suspended upside down but safe. 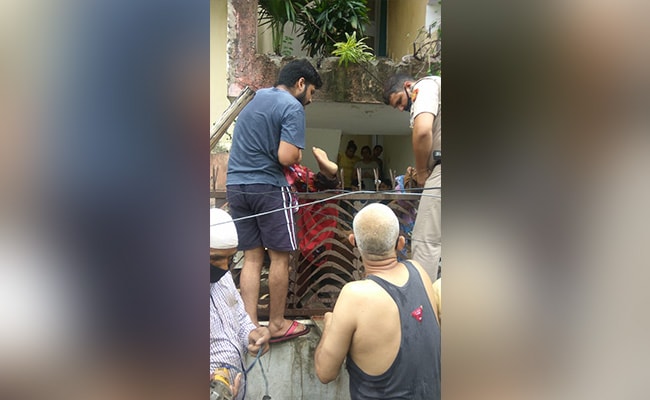 The accident took place in South Delhi's Malviya Nagar area on Wednesday. The man is injured, but safe.

In a freak accident reported from a South Delhi locality, a man fell from the fourth floor of a building, but did not hit the ground. His fall was broken by a metal grill and its teeth pierced the man's foot, leaving him suspended upside down in an injured state. The police rescued the man and rushed him to a hospital, where he is recovering.

The police said the condition of the 40-year-old man is stable.

According to the South Delhi Police, the incident took place in Malviya Nagar's Astha Apartments on July 29. The man has been identified as Kishan Kumar.

The police team reached the spot after getting a call that a man had fallen from a four-storey building in the area. On reaching Astha Apartments, the police team realized that the man's foot was stuck in the grill of a home on the ground floor, and that its sharp teeth had dug into his ankle. Though the grill had kept the man from hitting the ground, it had also left him injured and hanging upside down, the police said.

The police team, led by Sub-Inspector Kishan Saini and Constable Sheeshram, immediately called a welder and got the grill cut. They rescued the man and took him to a hospital.

According to the police, Mr Kumar slipped and fell from the roof where he had gone to check if there was any clogging because of the rain. His condition is stable, the police said.

Before the lockdown, Mr Kumar used to work at a beauty salon in Gurugram, the police said.