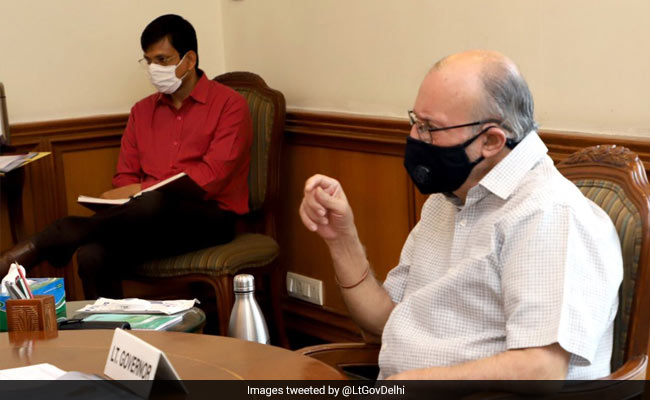 Delhi's Lieutenant Governor Anil Baijal has pointed out that the Delhi government's order reserving hospitals for the people of Delhi was a violation of constitutional right to equality, which was why he had set it aside. The clarification followed critical comments from Deputy Chief Minister Manish Sisodia. Chief Minister Arvind Kejriwal was also put off by the Governor's order on Monday, pointing out that it would mean trouble for the people of Delhi.

"The order violated constitutional right to equality and right to life which includes right to health. Earlier also, a similar order of Delhi government was struck down by the High Court on the ground that no citizen of India can be discriminated on the grounds of residence," Mr Baijal was quoted as saying by news agency ANI.

The same point was made by a communique from the office of the Lieutenant Governor.

"It is the responsibility of the State to provide universal healthcare to all patients coming to hospitals in accordance with constitutional provisions. This was explained to the Hon'ble Dy. Chief Minister in today's SDMA meeting," the statement read.

"It is unfortunate that any responsible government should attempt to discriminate amongst patients on grounds of residence. Rather than discriminating between the patients the goal of the government should be to plan and prepare for adequate infrastructure. We are all Indians and Delhi belongs to all!" the statement added.

After the Lieutenant Governor's order on Monday, Mr Sisodia had said it was a move engineered by the BJP.

"The BJP is busy with PPE and ventilator scams in its states. Delhi is trying to manage the disaster sincerely and wisely, but the BJP could not stomach it and put pressure on the Lt Governor," his tweet later read.

On Tuesday, while interacting with the media after a meeting with the State Disaster Management Authority, Mr Sisodia said Delhi will have 5.5 lakh coronavirus cases by July 31 based on the current doubling rate of the infection and predicted a huge demand for hospital beds.

Later in the evening, after an all-party meeting with the Governor to discuss the situation, AAP leader and Rajya Sabha MP Sanjay Singh said he had raised the issue of patients coming from outside Delhi for treatment and questioned how the city will deal with the pressure.

"When I asked the LG if any arrangement for the people who will be coming from all over the country has been made, he did not have an answer," he was quoted as saying by news agency Press Trust of India.