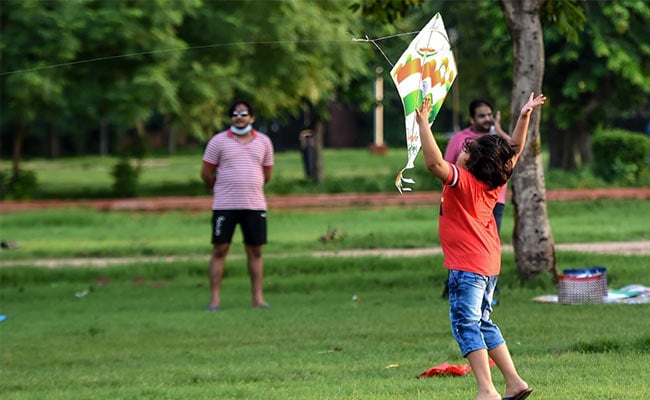 The electricity supply to affected areas, however, was restored within 15 minutes.

Power distribution companies on Saturday had a tough time dealing with cases of power failure due to the festive kite flying across the city on Independence Day.

"There were a total of 15 kite flying-related trippings in BSES areas this year from different places including Najafgargh, Nangloi, R K Puram, areas near Siri Fort, Mukherjee Park, Karol Bagh and others," said a BSES spokesperson.

The electricity supply to affected areas, however, was restored within 15 minutes, he said.

With a large number of people, especially young children indulging in kite flying on the day, nine cases of trippings were reported from TPDDL areas by 4.30 PM, a company spokesperson said.

The number of cases of power tripping due to metallic or glass powder-coated threads entangling in power transmission lines rose to 22 by 7.30 PM, he said.

"One 33 KV grid, two 66/33 KV circuits and one power transformer also tripped. These 22 trippings affected power supply to approximately 5,600 consumers. Our team is working on a war footing to restore the supply at the earliest," he said.

The discoms had earlier issued advisories urging people not to use metallic powder-coated kite strings (manjha) and avoid flying kites near electrical installations, during Raksha Bandhan and Independence Day.

This year, the people were requested to be extra cautious due to the ongoing pandemic as an entanglement of metallic kite strings may interrupt power supply to hospitals and other essential services resulting in inconvenience to all," said the TPDDL spokesperson.

According to estimates, tripping of one 33/66 KV overhead line can disrupt power supply to over 10,000 residents of an area and tripping of a single 11 KV line to over 2,500 residents, he said.

Last year, there were around 12 instances of kite flying-related trappings in TPDDLT areas, he added.