Kiran Bedi Did Not Consult Me Before Joining BJP: Anna Hazare 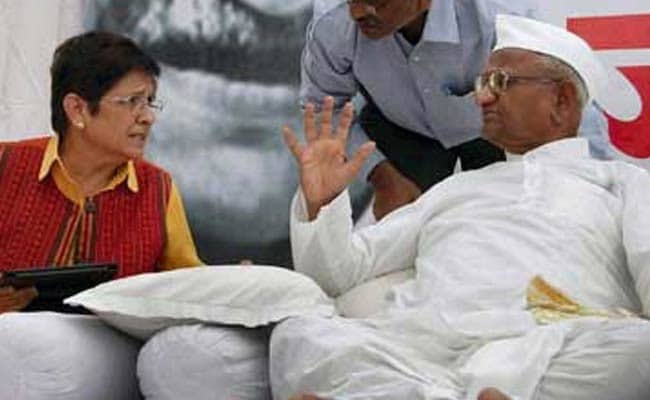 Kiran Bedi wth Anna Hazare during the Gandhian's fast in 2013.

Mumbai: A day after his former associate in the agitation for Lokpal Bill, Kiran Bedi, joined BJP, Anna Hazare today said the former IPS officer did not consult him before joining the party.

"No," Hazare said at his native place Ralegan Siddhi in Ahmednagar when asked by reporters if Bedi had consulted him before joining BJP.

Promoted
Listen to the latest songs, only on JioSaavn.com
"She did not call me or talk to me before taking the decision to join BJP," Hazare said.