"One That Saved Constitution": Kanhaiya Kumar On Citizenship Act Protests

Mr Kumar said people should be more worried about the National Register of Citizens (NRC), which he said was much more dangerous than the controversial Citizenship Act. 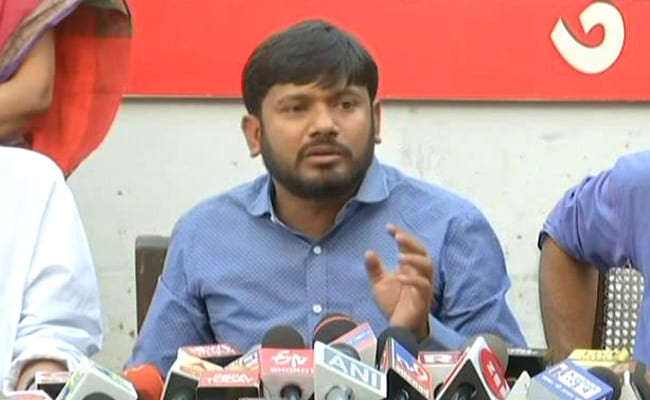 Communist Party of India leader Kanhaiya Kumar joined the protest outside the Jamia Millia Islamia in Delhi on Wednesday and said the demonstration was not just a fight to protect Muslims, but to protect the entire country.

Addressing a large gathering of protesters outside the university's gate number 7, Mr Kumar said people should be more worried about the National Register of Citizens (NRC), which he said was much more dangerous than the controversial Citizenship Act.

The former JNU Student Union leader said that the protests against the citizenship law would go down in history "as the one that saved the Constitution".

"If the NRC is implemented pan-India, we all will have to stand in long queues like the demonetisation days," he said.

Mr Kumar underlined that the amended citizenship law and the NRC should be protested tooth and nail, but it should not veer off the path of peace.

"We must ensure we remain in our senses while trying to maintain the same level of energy," he said.

According to Mr Kumar, those who are trying to protect the Constitution were being termed "anti-nationals" and those who are destroying it are calling themselves "patriots".