A social experiment is underway as schools in the capital focus on well-being. 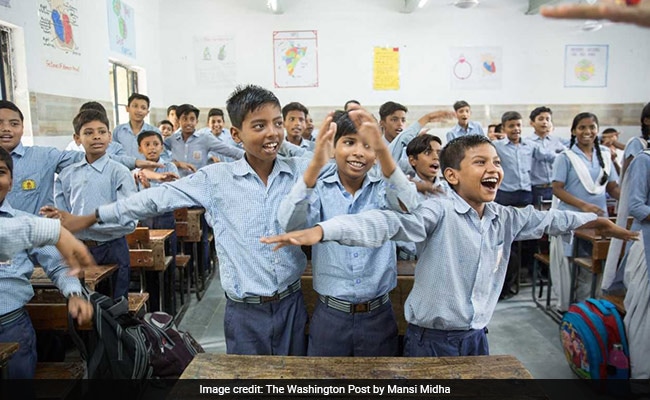 A class of 59 students at a public school in Delhi take part in a happiness class.

After the summer break, Delhi's children returned to school this month and found a new class added to their schedules: happiness.

It wasn't a welcome-back joke. In a country where top universities demand average test scores above 98 percent and where cheating on final high school exams is organized by a "mafia" that includes teachers and school officials, the Delhi government's initiative marks a shift of emphasis from student performance to well-being.

Mr Sisodia's happiness classes represent a radical experiment in a country known for its rigid, bookish education system, which has helped cement a new middle class over the past three decades but is also criticized for encouraging rote learning and triggering high stress levels. Many blame it for a rash of student suicides. 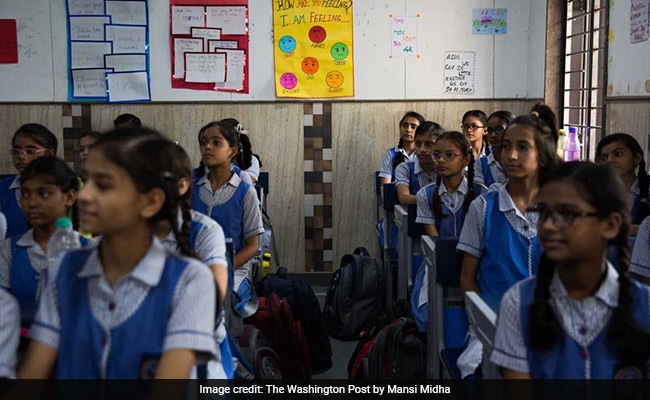 The son of a schoolteacher, the minister is known for his unorthodox policies, including promoting public over private education. His Aam Aadmi Party has ramped up spending on Delhi's government schools. Education accounts for 26 percent of the city's 2018 budget, allowing educators to push a raft of new ideas, such as special classes for children who are falling behind and parent-teacher meetings.

The changes have paid off - Delhi's public schools have outperformed private schools on standardized exams in recent years, although one expert said that the overall numbers are skewed because private school students tend to choose more-difficult math and science subjects while public school children pick humanities.

The happiness classes, Mr Sisodia said, are part of that larger effort. Under the program, 100,000 Delhi students spend the first half-hour of each school day without opening a textbook, learning instead through inspirational stories and activities, as well as meditation exercises.

Children appeared enthusiastic when schools reopened this month. "We should work happily," said 11-year-old Aayush Jha, a seventh-grader fresh out of his first happiness class at the Government Co-Ed Senior Secondary School in Chilla Village, in east Delhi. "When you work sadly, your work will not be good." 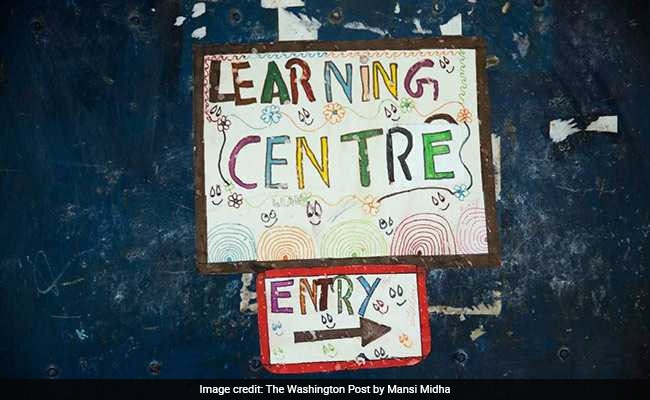 Handmade signs in the corridors of a government-run senior secondary school.

Math teacher Sonu Gupta told his class of eighth-graders about what physicist Stephen Hawking had achieved despite his neurodegenerative disease. Upstairs, Santosh Bhatnagar, who teaches Sanskrit, told a class of seventh-graders to close their eyes and imagine doing something that made them happy.

The students asked questions and nodded along. "I learned that you should learn to have faith in yourself and that those who try never fail," said Dipanshu Kumar, a 12-year-old in Mr Gupta's class.

Some teachers, though, remain unconvinced. For one thing, they say, the public schools are too crowded for a curriculum based so heavily on classroom interaction.

"If we have 80 students in our class, how can we keep track of every kid in just 35 minutes?" said Bharti Dabas, who teaches English in a government school.

Others doubt that the happiness classes can change the culturally entrenched emphasis on exams and memorization. Geeta Gandhi Kingdon, chair of education, economics and international development at University College London, who also teaches at a private school in Lucknow said that there haven't been any studies to assess their workability.

"Anecdotally, I know in some schools they are just another box-ticking exercise," she said. "Teachers have not really bought into it."

To meet the demand for skilled labor in the country's profitable new industries, successive governments churned out high school and university graduates - but allowed standards to fall. Some states made exams easier and marked them leniently so students could boast of high grades to universities. In 2009, a previous national government introduced a no-fail policy through the Right to Education Act, which led to classrooms full of teenagers advancing through school without being able to read or write. 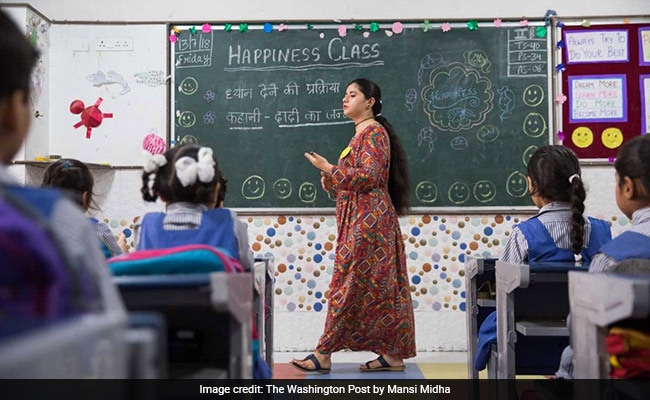 Now many, including Mr Sisodia, are asking whether the focus on employability has stifled creativity and stymied social progress.

"If a person is going through our education system for 18 years of his life and is becoming an engineer or a civil servant, but is still throwing litter on the ground or engaging in corruption, then can we really say that the education system is working?" he asked one recent morning at his home.

Mr Sisodia's enthusiasm for happiness classes is inspired by the next-door neighbor, Bhutan, which in the early 1970s pioneered a new index - "gross national happiness" - to measure its development, as an alternative to the widely used gross domestic product indicator.

In 2009, Bhutan introduced a "happiness-infused" curriculum, which caught the attention of policymakers and government ministers at a time when the world was reeling from financial crisis and reexamining the values of modern capitalism, said Alejandro Adler, director of international education at the University of Pennsylvania's Positive Psychology Center.

Since then, at least 12 countries, including Peru and Mexico, have experimented with similar classes in schools.