The average maximum temperature was recorded in the evening at 15.8 degrees Celsius, five notches below what is considered normal for the season. 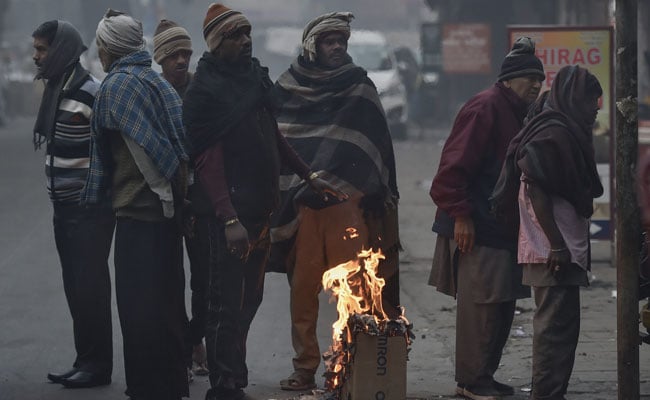 Due to the cold wave, there was dense fog in the morning at Palam which reduced visibility

There was slight relief for people in Delhi today after reeling under the longest cold spell of the last 22 years due to a change in wind direction, officials said.

The Met department said, "As expected, change in wind direction from north-westerly to easterly has started and reduction in cold day and cold wave started from today (Sunday). This is reflected in maximum and minimum temperature."

Since December 14, the national capital has been experiencing "severe cold days" with the average minimum temperature on Sunday morning being recorded at 3.4 degrees Celsius, four notches below what is considered normal for this time of the year.

The average maximum temperature was recorded in the evening at 15.8 degrees Celsius, five notches below what is considered normal for the season.

Due to the cold wave, there was dense fog in the morning at Palam which reduced visibility to 150 meters.

At Safdarjung, there was moderate fog with a visibility of 600 meters.

The mean temperature for December 2019 till Sunday was 19.07 degrees Celsius and it is "most likely to become second coldest December since 1901", behind 17.3 degrees Celsius in December 1997, the Met department said.

Humidity levels oscillated between 64 per cent to 100 per cent, it added.

For Monday, the weatherman has predicted dense fog in the morning with cold day at a few places in Delhi-National Capital Region (NCR).

A significant increase in wind speed is also expected over Delhi-NCR from Tuesday evening under influence of approaching western disturbance and easterly winds in lower level, the department said.

Light rain is expected over Delhi-NCR during night from January 1 to January 3, 2020 and hailstorm is expected on January 2, 2020, it added.

Delhi had recorded the season's coldest day on Saturday with the minimum temperature dropping to 2.4 degrees Celsius.

While 13 trains were delayed for up to six hours due to fog, the operations were normal at Delhi airport and there were no diversion or cancellations.