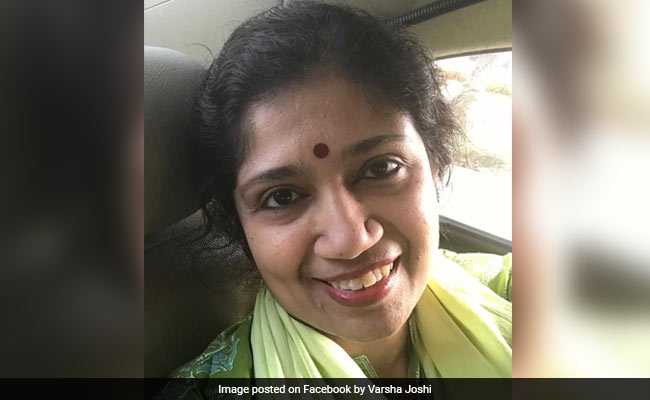 The top body of IAS officers in the country has "condemned" the alleged "misbehaviour" of Delhi Transport Minister Kailash Gahlot with Transport Secretary Varsha Joshi at a recent meeting, saying it was "unacceptable".

Varsha Joshi, who refused to comment on the issue, however, took to Twitter on Sunday, listing the various initiatives taken by the Transport department to ensure efficiency and remove corruption in the department, where she serves as secretary-cum-commissioner.

"This kind of misbehaviour with officials is just not acceptable. Strongly condemned," the IAS (Central) Association tweeted, referring to the incident involving Ms Joshi.

In a series of tweets, Varsha Joshi also replied to the allegation that she was protecting touts.

Kailash Gahlot allegedly misbehaved with Varsha Joshi during a meeting on Friday to review the replies of the Transport department to questions to be asked in the Monsoon Session of the Assembly.

The development, following a protest movement by IAS officers earlier this year over an alleged assault on Chief Secretary Anshu Prakash, has further strained the relations between the ruling Aam Aadmi Party (AAP) and the bureaucrats.

The IAS-AGMUT Association has also alleged that threats to the integrity and dignity of the officers continued "unabated".

"We embraced the assurances of our Hon'ble CM but the threats on our dignity and integrity continue unabated," tweeted the association of IAS officers belonging to the AGMUT (Arunachal Pradesh, Goa, Mizoram and Union Territories) cadre.

The current controversy is related to Chief Minister Arvind Kejriwal's visit to the Burari Transport Authority office last month, where complaints of alleged corruption were received by him.

Varsha Joshi and Kailash Gahlot differed on a reply to be given to a listed question in the Assembly.

"Burari is a sprawling campus, hampered by terrible traffic flow all around it. We started last year by demolishing a lot of kiosks of touts flourishing in the lane between the VIU and ARU. Some have got a stay, some are on MCD land; we are following up those ones," Ms Joshi tweeted about the condition prevailing at the Burari Transport Authority office.

Meanwhile, the AAP today said Mr Gahlot had refused to approve the answer to the question prepared by Ms Joshi that "no corruption or irregularities were found" at the Burari Transport Authority during Arvind Kejriwal's visit.

In a statement, AAP spokesperson Saurabh Bhardwaj said, "Anybody and everybody who has a commercial vehicle like autorickshaw, taxi, tempo, bus knows it well that the Burari Transport Authority is a den of corruption. Every vehicle owner needs to get a fitness certificate every year and it cannot happen without agents and touts."

"If touts are openly roaming around in the transport authority (office) and only they can get the work done after being paid, there is a clear nexus. How can touts get the work done without the connivance of Transport department officers?" he asked.

He added that a question was put up in the Assembly on whether any irregularities or corruption were found during Arvind Kejriwal's visit to the Burari Transport Authority office.

"To which the Transport Commissioner presented the answer as 'No corruption or irregularities were found'. The minister (Kailash Gahlot) refused to approve this answer to be presented at Delhi Assembly," the statement quoted Mr Bhardwaj as saying.