Just like Arvind Kejriwal's questioning, the proceedings at Manish Sisodia's house are also being video recorded. 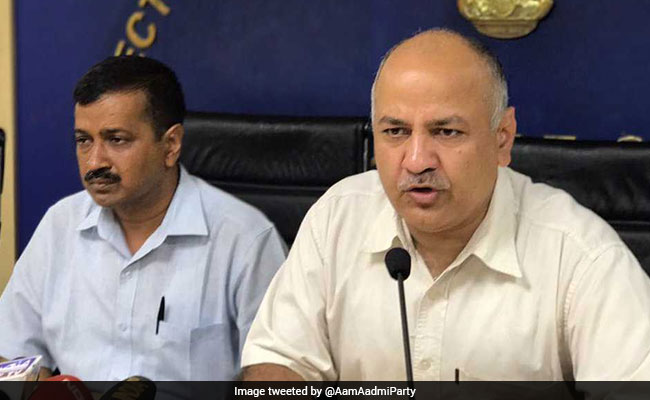 New Delhi: A team of Delhi police is at Deputy Chief Minister Manish Sisodia's house to question him in connection with the alleged assault of chief secretary Anshu Prakash at a meeting convened by Chief Minister Arvind Kejriwal at his residence in February.

Manish Sisodia was sent a notice to join the probe on Wednesday, four days after Arvind Kejriwal was questioned for three hours at his home. The deputy chief minister, replying to the Delhi Police, had said he would be joining the probe at 4:30 pm today.

Just like Arvind Kejriwal's questioning, the proceedings at Manish Sisodia's house are also being video recorded. Arvind Kejriwal was reportedly asked over 100 questions.

Arvind Kejriwal had slammed the Centre after his questioning last Saturday. He had alleged that the cases against Aam Aadmi Party were "fake and politically motivated".

"For the first time in the history of India, a Chief Minister was questioned for fake cases and a raid was conducted by police. There is only one reason behind it -- to disturb us and to defame us," Arvind Kejriwal had said in a statement.

The bureaucrat had complained to the police that he was beaten by two legislators as part of a conspiracy between everyone present in the room, a statement that was seen to point finger at the Chief Minister. The chief minister's private secretary Bibhav Kumar was questioned last month in this case.

The police have already questioned the 11 Aam Aadmi Party legislators, who were present at the chief minister's residence for the meeting. Two legislators Amantullah Khan and Prakash Jarwal were arrested in the case.

Promoted
Listen to the latest songs, only on JioSaavn.com
On February 23, a police team had examined the CCTV system installed at the chief minister's residence in the Civil Lines area and seized the hard disk. The forensic report on the hard disk is still awaited.

The controversy had triggered a bitter tussle between the Delhi government and its bureaucracy.