Rains are expected on September 9 and 10, which could possibly be the last showers before the monsoon starts to retreat, Mr Palawat said. 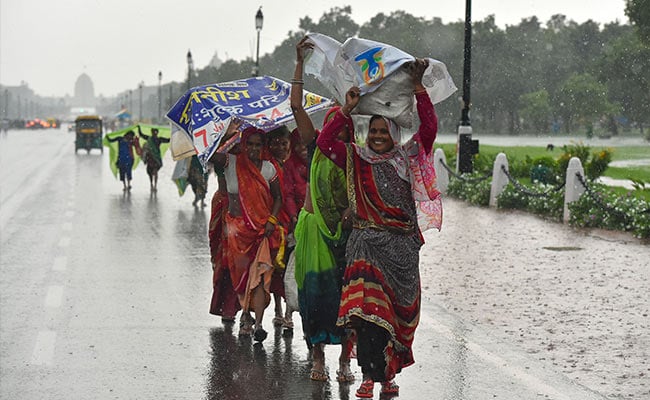 Scattered rain is predicted in Delhi for the next two days.

High humidity gave Delhiites a hard time on Thursday as rains continued to evade most parts of the city.

The national capital recorded a high of 36.4 degrees Celsius, two notches more than normal, and a low of 28.3 degrees Celsius. The humidity levels shot up to 91 per cent during the day.

Mahesh Palawat of Skymet Weather said west Delhi witnessed a short spell of rains due to high humidity. Patchy showers are likely for the next two to three days.

No weather system is active in the region. Therefore, possibility of good, widespread rains is bleak, he said.

Rains are expected on September 9 and 10, which could possibly be the last showers before the monsoon starts to retreat, Mr Palawat said.

The Centre-run System of Air Quality and Weather Forecasting And Research recorded the city's overall air quality in the "satisfactory" category, with an air quality index (AQI) of 85.

Easterlies, which are relatively moist and clean, are blowing in the region and the wind speed has increased. As a result, a sharp improvement in air quality is visible, it said.