The domestic help who allegedly killed his 91-year-old employer in south Delhi's Greater Kailash area had a plan to demand ransom from his family members in order to mislead the police. 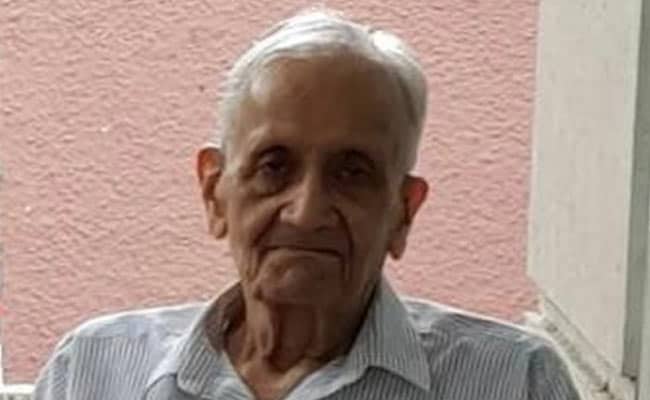 Krishna Khosla was strangled to death at his south Delhi home on Saturday.

The domestic help who allegedly killed his 91-year-old employer in south Delhi's Greater Kailash area had a plan to demand ransom from his family members in order to mislead the police, but CCTV footage helped investigators thwart the attempt, police said on Tuesday.

Kishan, the domestic help, and four of his accomplices -- Deepak Yadav, Pradeep Sharma, Sarvesh and Prabhudayal -- were arrested on Monday night for allegedly kidnapping and killing the former government employee, who was stuffed in a refrigerator and taken away from his house.

They were sent to four-day police custody, a senior police officer said.

During interrogation, the accused said he was fed up with the taunts and abuses of Krishna Dev Khosla. He had planned to kill him in July, police said.

The victim's body was found from a pit at a house in Sangam Vihar on the intervening night of Monday and Tuesday, they said.

Besides the refrigerator, jewellery and cash worth Rs three lakh were also missing from the residence of Krishna Dev Khosla, police said, adding that the accused had also withdrawn Rs 40,000 from the victim's bank account.

The businessman son of Krishna Dev Khosla found his mother, Saroj Khosla (87), unconscious when he visited the flat on Sunday morning and informed police.

Saroj Khosla complained that their domestic help mixed some sedative in tea on Saturday night. The main accused belonged to Bihar and lived locally at Delhi's Sangam Vihar, police said.

The security guards of the area claimed that they saw the domestic help carrying the fridge in a tempo along with his accomplices. He told the guards that he was taking the fridge for repair when they questioned him, they said.

According to police, the domestic help was involved in three other criminal cases.