Kishan, who was working at Mr Khosla's home since last year, said he kidnapped and killed his employer because he was upset with his behaviour.

Krishna Khosla was strangled to death at his south Delhi home on Saturday.

Five men have been arrested for killing a 91-year-old former government employee who was strangled to death at his south Delhi home on Saturday. The accused took away the body from the former bureaucrat's home in a refrigerator, said police.

Krishna Khosla, who has also worked with the United Nations, was  killed by his domestic help, Kishan, and four other men at his home at Greater Kailash-2 area on Saturday. His domestic help is one of the five men who have been arrested in the murder.

Kishan, who was working at Mr Khosla's home since last year, told police he murdered his employer because he was upset with his behaviour. "During questioning, Kishan told police he was fed up with the man's 'taunting and abuses', and began plotting his kidnapping a month and a half ago," said a police officer.

On Saturday, he went to Mr Khosla's home along with four other men in a tempo.

Krishna Khosla's wife, Saroj Khosla, 87, told police that Kishan gave them tea mixed with sedatives. After she and her husband were unconscious, the accused strangled Krishna Khosla to death and stuffed his body in a refrigerator. 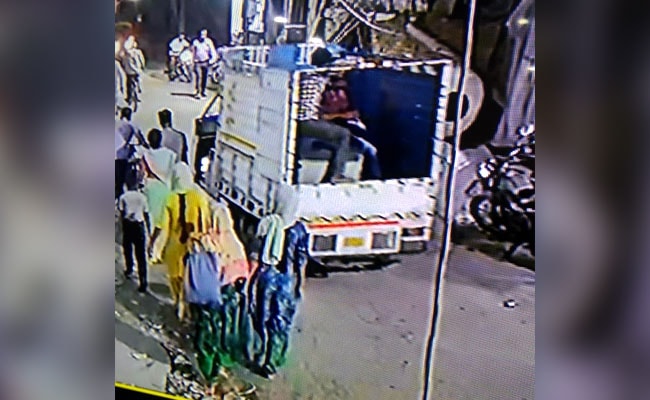 The six men were caught on camera taking the fridge on a tempo.

In visuals caught on CCTV camera, the accused could be seen with the refrigerator on the tempo outside Krishna Khosla's home.When security guards questioned Kishan, he reportedly told them he was taking the fridge for repair.

Next day, Ms Khosla called up the police. She found that jewellery and cash were also missing from their home besides the refrigerator. Police said cash worth Rs 3 lakh was looted from home.

After killing the 91-year-old, Kishan said, he took his body to a home in Sangam Vihar and dug a six-feet deep pit to bury it. Police said they have recovered the body.

Apart from Kishan, four other men have been arrested - Deepak Yadav, Pradeep Sharma, Sarvesh and Prabhudayal.

Delhi Likely To Get Respite From Heat After June 20: Weather Official